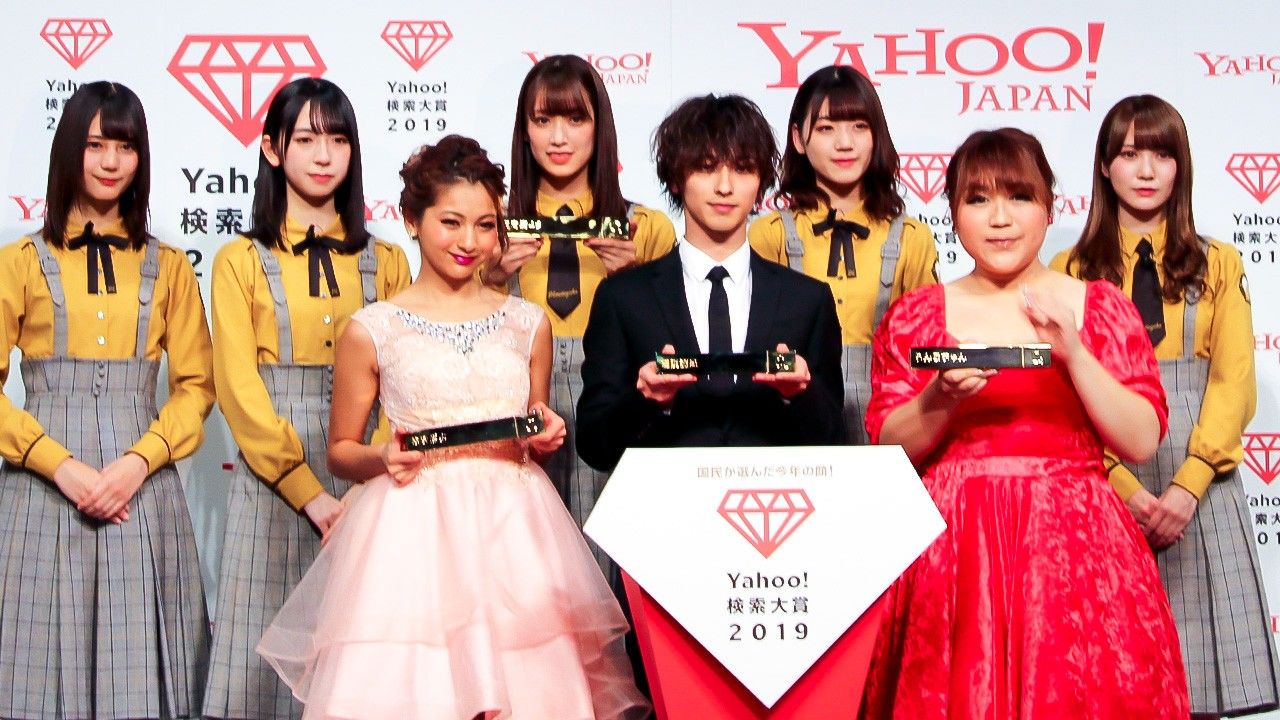 The Year in Web Searches: Japan’s Top Internet Keywords for 2019

On December 4, Yahoo Japan recognized the top Internet trends for 2019 in its annual Search Awards. The grand prize went to actor Yokohama Ryūsei, who was on hand to accept the award. Yokohama made his dramatic debut in 2011, but it was his role in the 2014 installment of the children’s television series Super Sentai that propelled him into the spotlight, making him a household name among young fans and their parents. In 2019, he starred in a number of popular TV dramas, boosting him to the top of the search rankings.

This year saw Reiwa, the new era name for the reign of Emperor Naruhito that began on May 1, win top buzzword honors. Director Shinkai Makoto’s newest creation Tenki no ko (Weathering with You) was the top-trending keyword for movies. Rookie golfer Shibuno Hinako, winner of the 2019 Women’s British Open, took the athlete category, while Oda Eiichirō, creator of best-selling manga One Piece, was named in the author bracket. 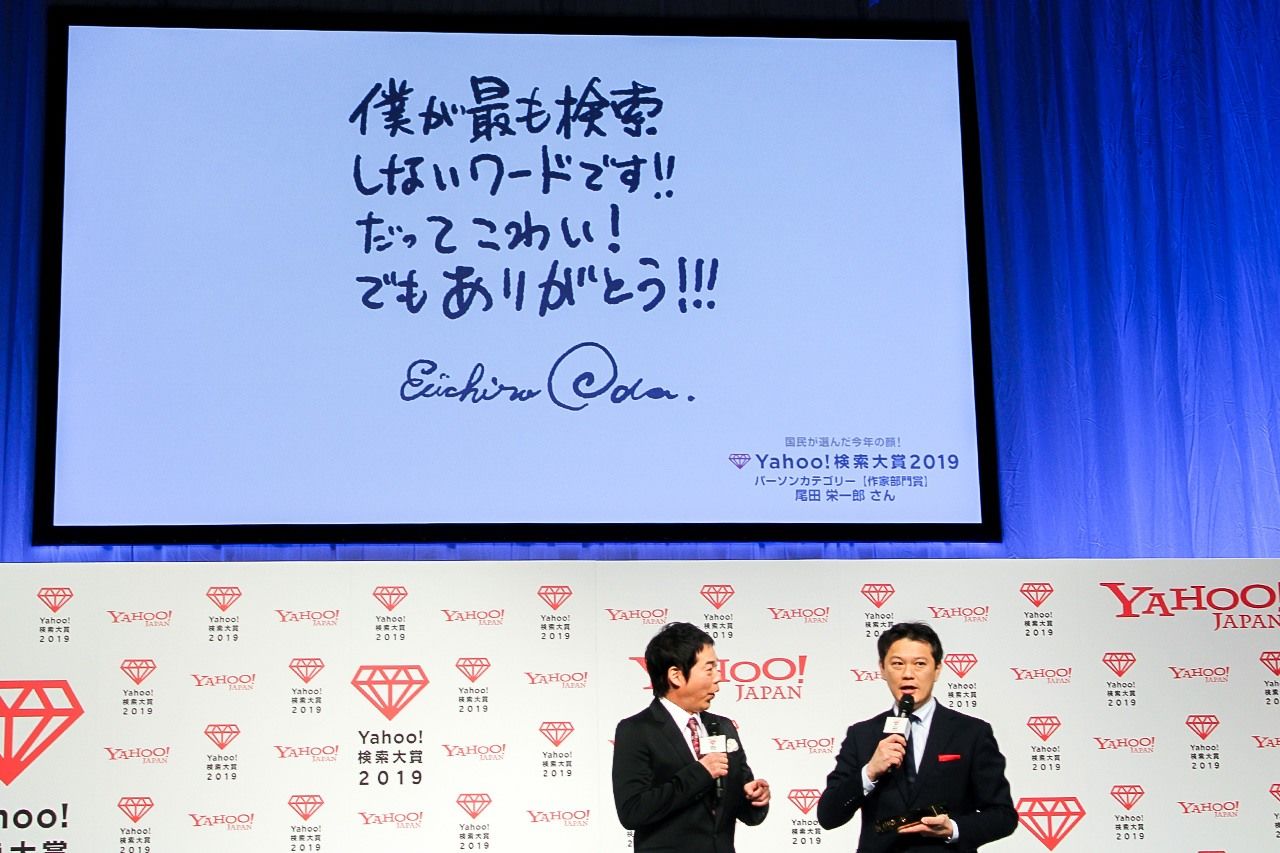 A message from Oda Seiichirō on display during the ceremony expresses the creator’s gratitude for the award.

Yahoo also announced its regionally trending keywords. “Tokyo Olympics” topped searches in the capital as residents applied for the first and second rounds of the ticket lottery. Residents of Shimane wanted to know about the Hōran-en’ya, an elaborate Shintō ritual dating back 370 years, as the once-a-decade festival took place in Matsue. The term Sagan Tosu keijiban (Sagan Tosu bulletin) led searches in Saga Prefecture for the second year running, spurred by Spanish star Fernando Torres announcing his retirement from the J. League side. “High school baseball” became the most searched word in 11 prefectures as fans followed the progress of local teams in the nation’s annual baseball championship.

Google Keywords of the Year

On December 11, Internet giant Google announced its 2019 Year in Search, an overview of the top global and regional keywords. The most searched term in Japan was Taifū 19-gō, the Japanese designation for Typhoon Hagibis, which sparked flooding across eastern and northeastern Japan. In second place was the new era name Reiwa.

The Rugby World Cup ranked third, but the inspiring performance of the Brave Blossoms during group play encouraged fans to search for information about the squad’s star players. Supporters were most keen to learn more about captain and flanker Michael Leitch, followed by Inagaki Keita, the team’s stony-faced forward who scored his first international try against Scotland in a win that sealed Japan’s first-ever appearance in the quarterfinal round.

Typhoon was most paired with searches about 20 prefectures, including Miyagi, Fukushima, and Chiba, where storms wreaked havoc on infrastructure and destroyed homes, affecting tens of thousands of residents.

(Originally published in Japanese. Banner photo: Yokohama Ryūsei, at center, is joined by other recipients at Yahoo’s Search Awards on December 4, 2019, in Tokyo. All photos © Nippon.com.)