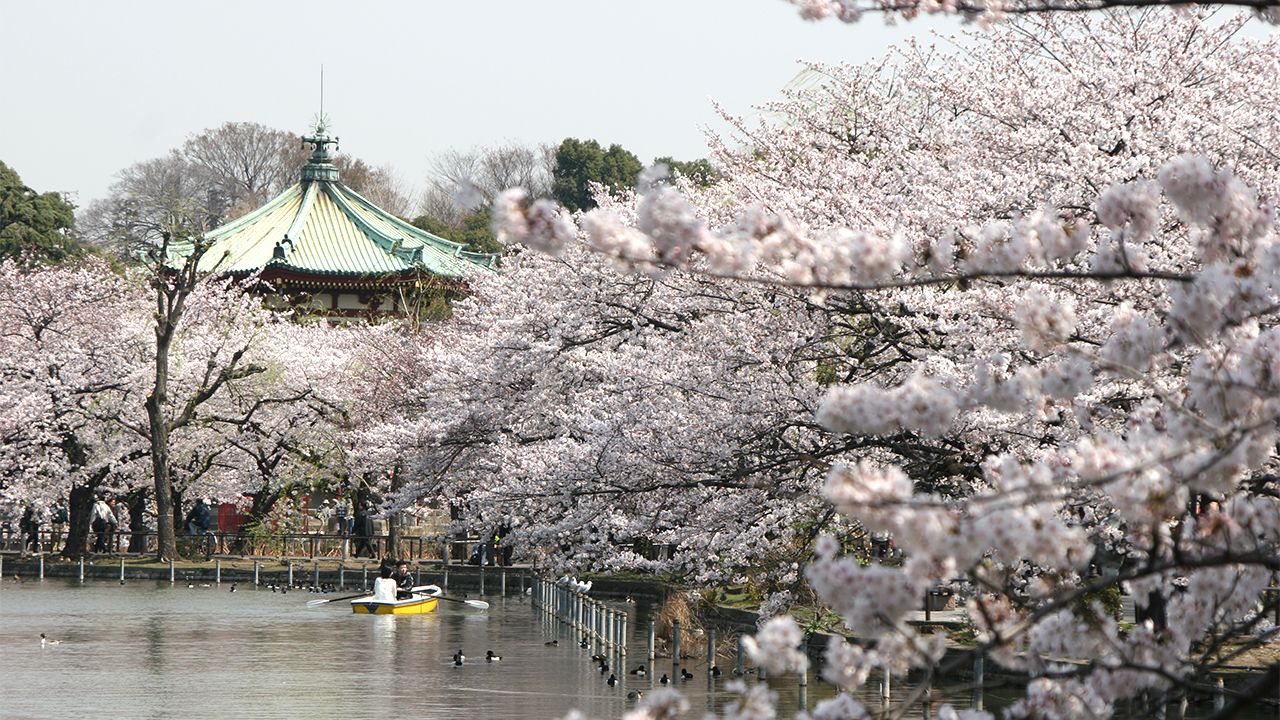 Travel Feb 27, 2020
Ueno Park was one of the first five to be designated a public park by the Meiji government in 1873. The fabled sakuras here were originally brought from Mount Yoshino by high priest Tenkai when he founded Kan’ei-ji, the temple whose grounds Ueno Park now occupies. The park has been one of Japan’s best-known cherry blossoms spots over the years, and it continues to attract hordes of hanami fans today.

Kan’ei-ji was closely associated with the Tokugawa shogunate and became the site of a major battle in the Boshin War, which ushered in the Meiji Restoration. The complex of temples was destroyed and confiscated by the pro-imperial forces and was eventually donated to the city of Tokyo in 1924 by the Imperial Household Agency. The park houses such noted institutions as the Tokyo National Museum, National Museum of Nature and Science, Ueno Zoo, and National Museum of Western Art—whose building was designed by Le Corbusier and is included on the UNESCO World Heritage list.