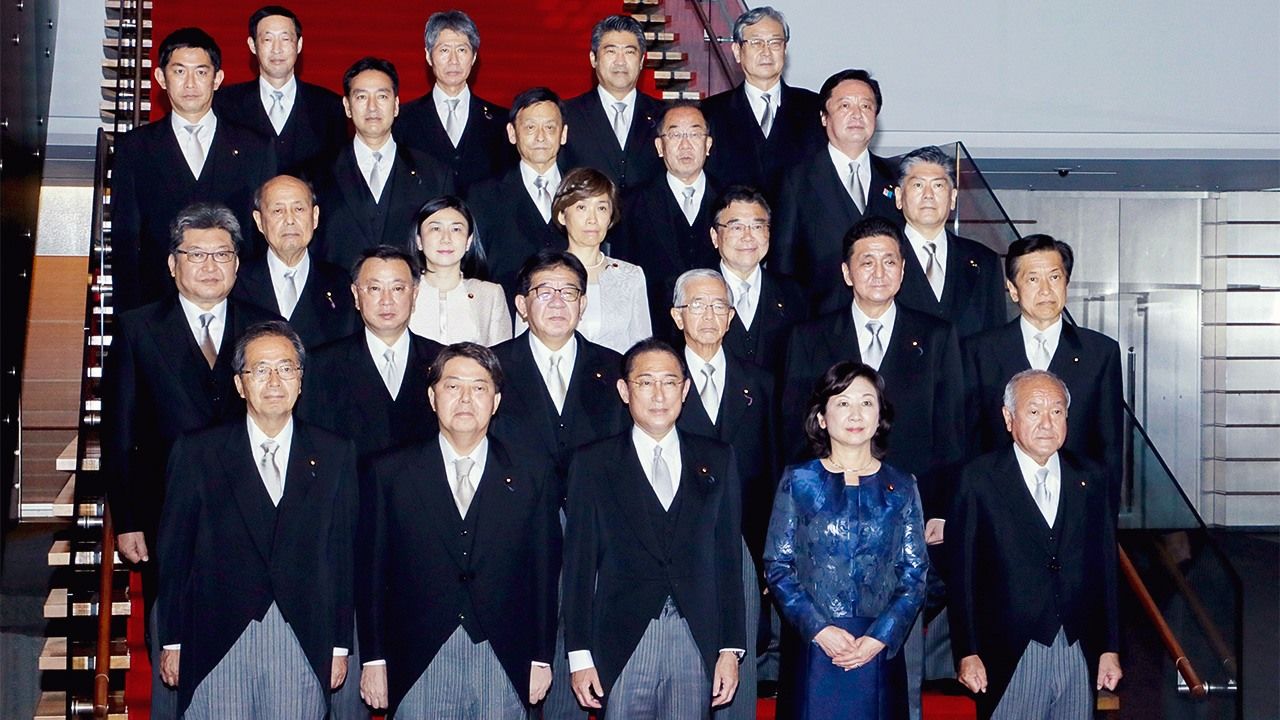 Politics Society Nov 11, 2021
Hayashi Yoshimasa was appointed as the new minister for foreign affairs in the only change to Prime Minister Kishida Fumio’s new cabinet from the one he named on October 4.

Following his party’s House of Representatives election win on October 31, 2021, Liberal Democratic Party leader Kishida Fumio was formally confirmed to continue as prime minister on November 10. LDP Secretary-General Amari Akira lost his constituency seat in the election, however, and although he made it into the chamber through the proportional representation section, he resigned his position. Kishida tapped Minister for Foreign Affairs Motegi Toshimitsu to replace Amari, bringing onboard Hayashi Yoshimasa, a senior member of Kishida’s party faction, as the new foreign minister. The new cabinet thus shows one change from the one Kishida named on October 4.

The full list of cabinet members is as follows. Ministers are indicated as receiving their “first cabinet post” if this was the case on October 4, 2021. Ages are as of November 10, 2021.

(Originally published in Japanese. Banner photo: Prime Minister Kishida Fumio, at front center, poses with the members of his most recent cabinet on November 10, 2021, at the Kantei in Tokyo. © Jiji.)