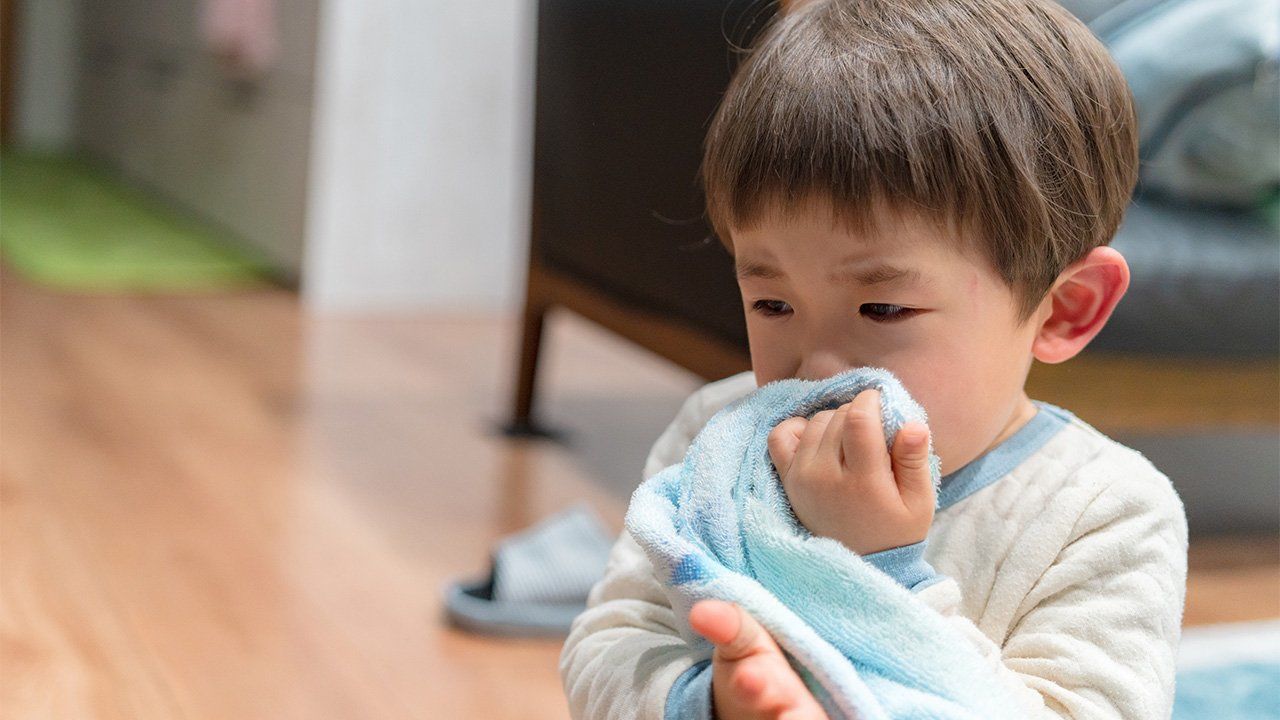 In 2021, police across Japan reported 2,174 cases of child abuse, a year-on-year increase of 1.9%. The increase is partially attributed to a rise in consultations and third-party reports, owing to growing public concern, as well as to greater collaboration between police and child guidance offices.

Of the total cases identified, some 80%, or 1,766 cases, were of physical abuse. Sexual abuse accounted for 339 cases, while psychological abuse and neglect accounted for 48 and 21 cases respectively. The main perpetrators were the biological father (1,039 people), followed by the biological mother (568), the stepfather (371), and the male partner of the mother (115). 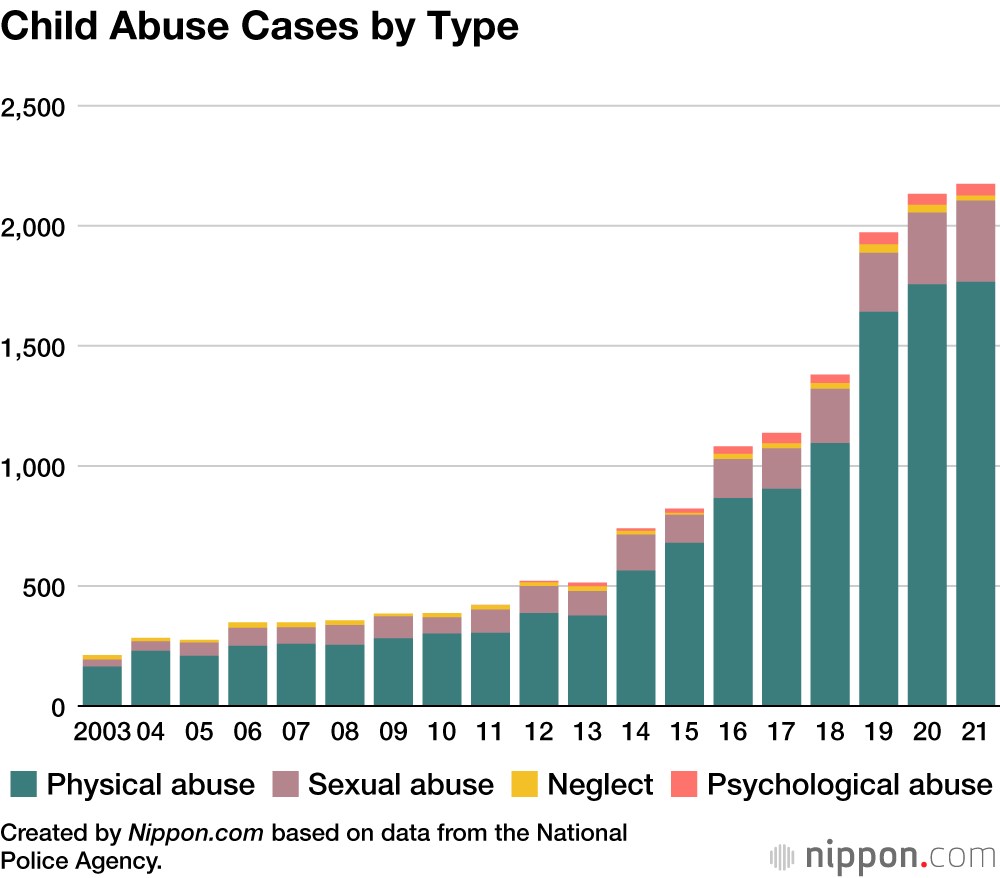 The number of victims involved increased 2.2%, to a record 2,219. Among 54 deaths related to child abuse, 29 were in murder-suicides. 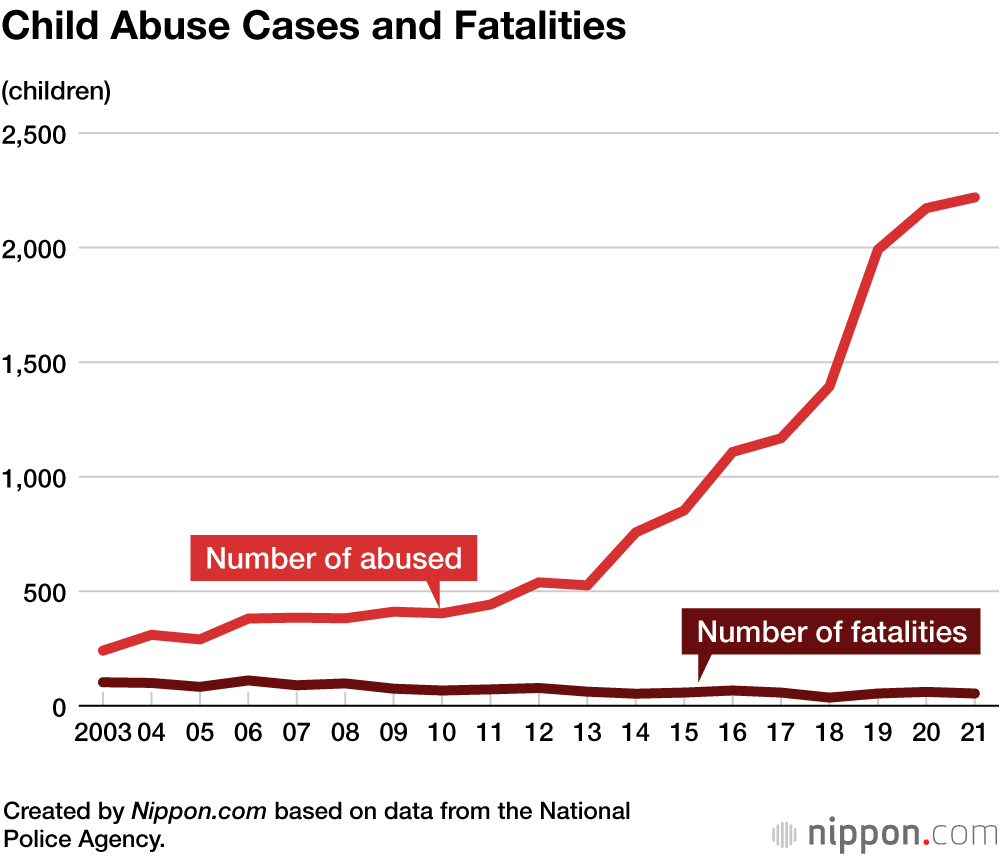