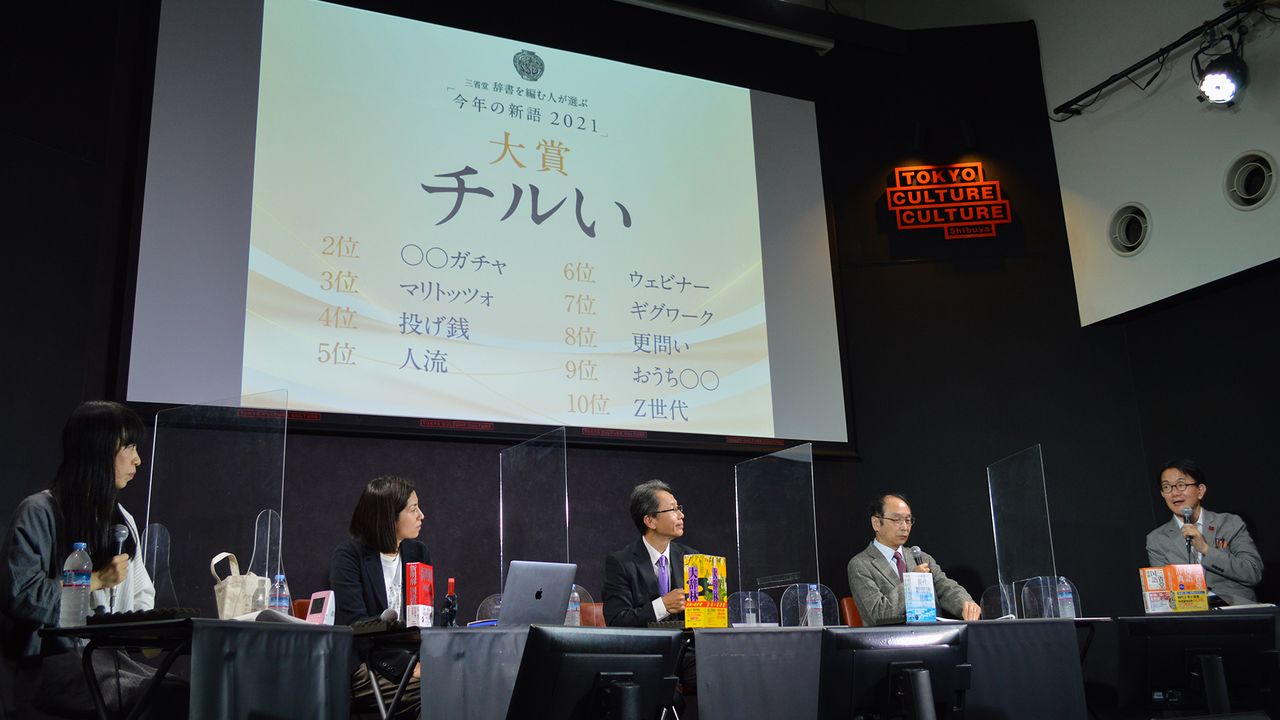 Language Society Dec 10, 2021
The English phrase “chill out” inspired the adjective chirui, which was selected by dictionary publisher Sanseidō as its word of the year for 2021.

Dictionary publisher Sanseidō picked chirui, an adjective based on the English phrase “chill out,” as its word of the year for 2021. From the late 2010s, young Japanese have adapted the English into verb forms like chiru suru and chirutteru and adjectives like chiru na and the winning chirui.

Like “chilled out” or the adjectival “chill,” chirui means to be relaxed or at ease. It might be used to describe a Sunday afternoon or the atmosphere of a favorite café. COVID-19 has buffeted the world again in 2021, but many are hoping they can at least enjoy a chirui time over the New Year period.

When choosing their words of the year, dictionary publishers aim to pick terms they expect to have some staying power, unlike the buzzwords in the “Words of the Year” contest. Dictionary compiler Ono Masahiro said that because it was extremely unusual for a loanword to become an i adjective, this was a reason for recording it in the dictionary.

There were three words in the top 10 related to COVID-19. Jinryū for the “flows of people” tracked by the government in its containment efforts was in fifth place, webinā (webinar) in sixth, and various ouchi (at home) activities in ninth.

Another Japanese publisher, Shōgakukan, selected oyagacha as its word of the year. This portmanteau puts together oya, “parents,” with gacha, deriving from a word for how low-cost random items are distributed in mobile games. The term is based on the idea that children cannot choose who their mother and father are, and may be fortunate or not in who they get. The publisher chose jinryū as its runner-up.

Shōgakukan’s Top New Words of the Year for 2021

親ガチャ — Oyagacha [Winner]. The phrase “parents gacha” expresses how children cannot choose the family they are born into.

人流 — Jinryū [Runner-up]. The “flows of people” tracked by the Japanese government using mobile phone and other data to combat COVID-19.