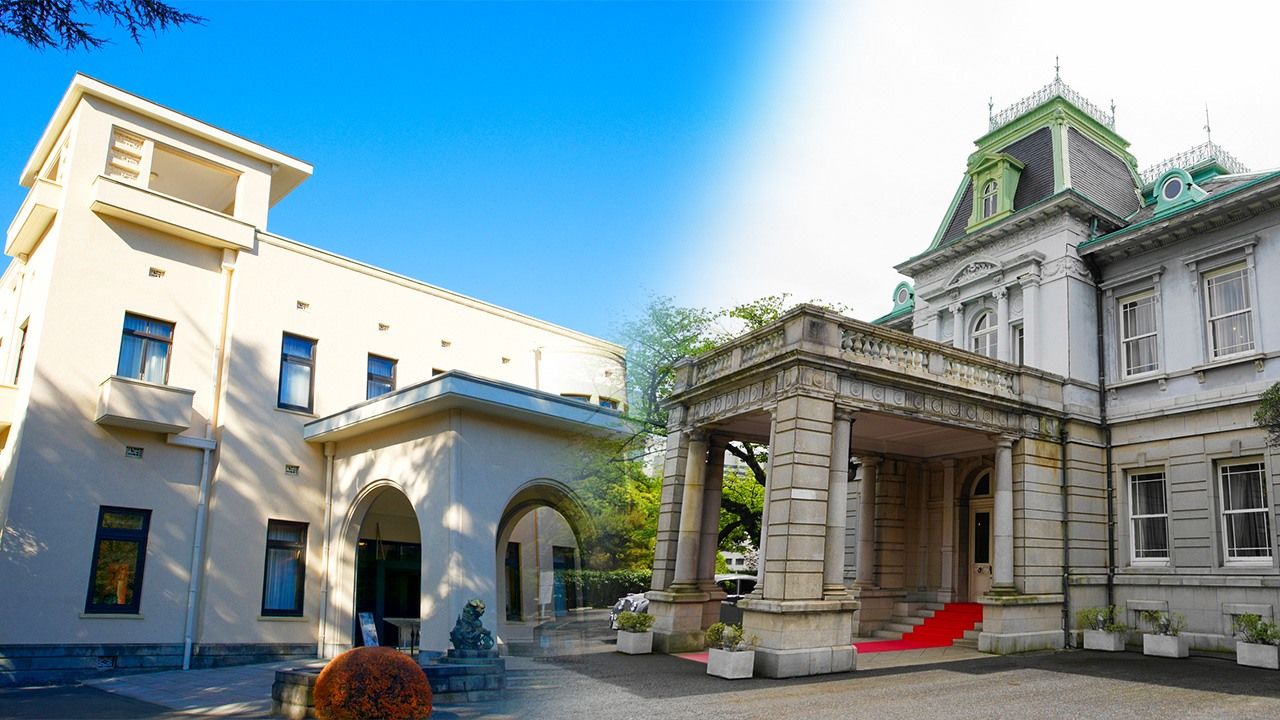 Imperial Family Society Mar 29, 2022
As Japan’s imperial family faces issues with maintaining sufficient numbers and ensuring a stable succession, one proposed solution is to restore former branches of the family that were removed in postwar reforms. However, a panel was divided on the merits of such a move, as well as whether it would be preferable to complete the move through adoption or special legislation.

The Rules of Succession

Before Japan established its initial Imperial House Law in 1889, there were no clear stipulations for imperial succession. Historically, there have been eight female emperors, all of whom were descendants of emperors through the male line. Under the 1889 law, however, succession was limited to male descendants in the male line, including those born outside of marriage, such as to concubines. With the introduction of the current Imperial House Law in 1947, the rules were tightened further, excluding sons born outside of marriage from the line of succession.

At hearings of a panel assembled to discuss matters related to the succession, which submitted its report to the government in December 2021, the majority of specialists agreed that it would be better not to change the rules on succession until after Prince Hisahito ascends the throne. The panel therefore did not significantly discuss the possibility of a female emperor. However, some of those present did make proposals on the topic.

One university professor said that female members of the family should be added to the succession, and allowed to form their own branches on marriage or at another appropriate time, so that they and their husbands and children would all be part of the imperial family. An emeritus professor noted the difficulty of following stipulations that had been carried through from the 1889 law, as the Constitution has changed, and that there was a need to relax the extreme strictures that limited succession to male descendants in the male line. Another professor saw the current rules as redolent of an earlier time, and liable to become unworkable in an age where emperors do not have concubines.

Apart from its suggestion to delay questions of succession, the panel also discussed how to ensure continued sufficient membership in the imperial family. I talked in a previous article about the proposal to allow female members to remain in the family after marriage. Another proposal was to restore the imperial status of male descendants in former branches of the family, whether through their adoption into the family or by means of legislation. This option could be viewed as an ace in the hole for conservatives who wish to preserve patrilineal male succession.

In October 1947, under the General Headquarters of the Allied occupation, 51 people in 11 branches of the imperial family descended from the Fushimi cadet branch established in the fifteenth century had their imperial status removed, becoming ordinary citizens. This left only Emperor Shōwa’s household and those branches—Chichibu, Takamatsu, and Mikasa—started by his younger brothers. The change took 26 men out of the line of succession. It came about because a GHQ order declared that the greater part of the imperial family’s assets belonged to the state, and it became impossible for the family to sustain so many members.

The 2021 panel saw the men in the 11 former branches as having the right to succession under both the Constitution and the Imperial House Law and proposed that their descendants be adopted into the imperial family. While some thought it would be difficult for them to immediately win public understanding and support, the report stated that they could gain these after having been adopted, while taking part in activities with current imperial family members.

The newly adopted members would not have the right to succession, and nor would any children they had at the time of adoption. However, the report did not clarify as to whether later children would have such rights. It is likely this will become a future point of discussion.

Alternatively, new legislation could directly confer imperial status on male descendants in the former branches, which would not require the agreement of current family members. However, the panel noted that if these presently ordinary citizens were to get imperial status without having any direct family connection with the current members, this would make it harder to win over the public. It thereby suggested it would be better to proceed with adoption first, and to consider a legal solution later if it was still impossible to maintain sufficient numbers. 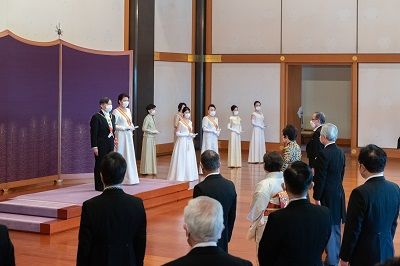 Emperor Naruhito and other imperial family members at a New Year ceremony at the Imperial Palace. (Courtesy Imperial Household Agency)

Notably, adoption into the imperial family is not permitted under either the former or present Imperial House Law. One reason is thought to be concern that it would disrupt the imperial line. Also, many believe that such a move would be contrary to Article 14 of the Constitution, which states, “All of the people are equal under the law and there shall be no discrimination in political, economic, or social relations because of race, creed, sex, social status, or family origin,” and “Peers and peerage shall not be recognized.” The thinking goes that if those former members of the imperial family are now ordinary citizens, they should follow the Constitution.

Among the specialists at the hearing who supported the restoration of male descendants from former branches, a journalist stated that these branches had a long tradition of being part of the family, adding that if others accepted men with no connection to the family gaining imperial status by marrying princesses, it should not be strange to accept the restoration of those who had been part of the family until just several decades ago. A university professor said that there should be a special law to enact the change, and that if young people with historic claims were welcomed to the family, it would be easy for the public to embrace them.

Among those who opposed such an action, a former supreme court justice laid the emphasis on blood claims, saying that a female member of the family who was closely related would be more fitting as emperor than a male member with distant claims. An emeritus professor warned that adding new members to the family might be seen as a schism in imperial tradition.

Reflecting this divided discussion, a January 2022 survey by NHK found that 41% of respondents agreed and 37% disagreed with the idea of adopting male descendants from former branches. With neither side approaching a majority, one senses the public’s mixed feelings.

How do present imperial family members view these questions? When the 2005 panel approved the idea of female emperors and emperors in the matrilineal line, Prince Tomohito of Mikasa—the cousin of then Emperor Akihito—expressed his opposition in the newsletter of a welfare group he headed.

He stated that the value of the imperial tradition was that it had always been patrilineal, and questioned whether such a longstanding custom should be changed now. He supported the idea that former branches should have their imperial status restored, suggesting that naishinnō princesses (daughters or granddaughters of an emperor) should adopt male members of the former branches to bring them into the line of succession. He further proposed that rituals from the extinct Chichibu and Takamatsu branches be passed on to members from the former branches, and that these two branches be revived. Prince Tomohito passed away in 2012.

Emperor Naruhito’s brother Crown Prince Fumihito, by contrast, has repeatedly expressed his opposition to boosting numbers through restoration of imperial status. At his birthday press conference in 2017, he said that he did not think that a small imperial family would be a particular impediment to performing official activities, and that it would be appropriate to do what was possible with the available members. He expressed similar sentiments to reporters after becoming crown prince in 2019.

These comments are likely to be based on his thinking, stated in a 2009 press conference, that a small imperial family was not necessarily a bad thing, from the perspective of government expense. He seems to have been concerned with the burden on taxpayers. 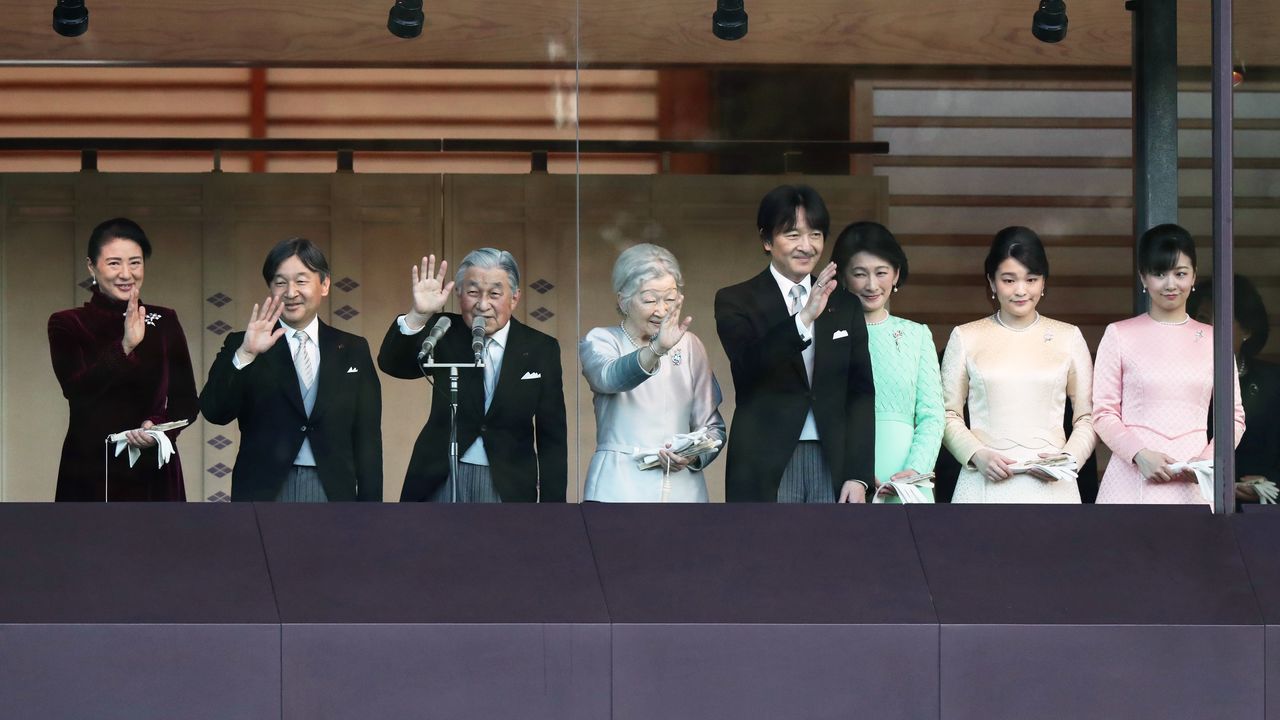 In the same year, Emperor Akihito stated at a press conference, “I think the issues concerning the system of Imperial succession should be left to the deliberation in the Diet, but concerning the ideal role of the Imperial Family in the future, I think it is important that the views of the Crown Prince [Naruhito] and Prince Akishino [Fumihito], who supports him, are respected.”

In the debates over the imperial family to come, the opinions of citizens and the present members of the family should be respected if any new system is to be an enduring one.