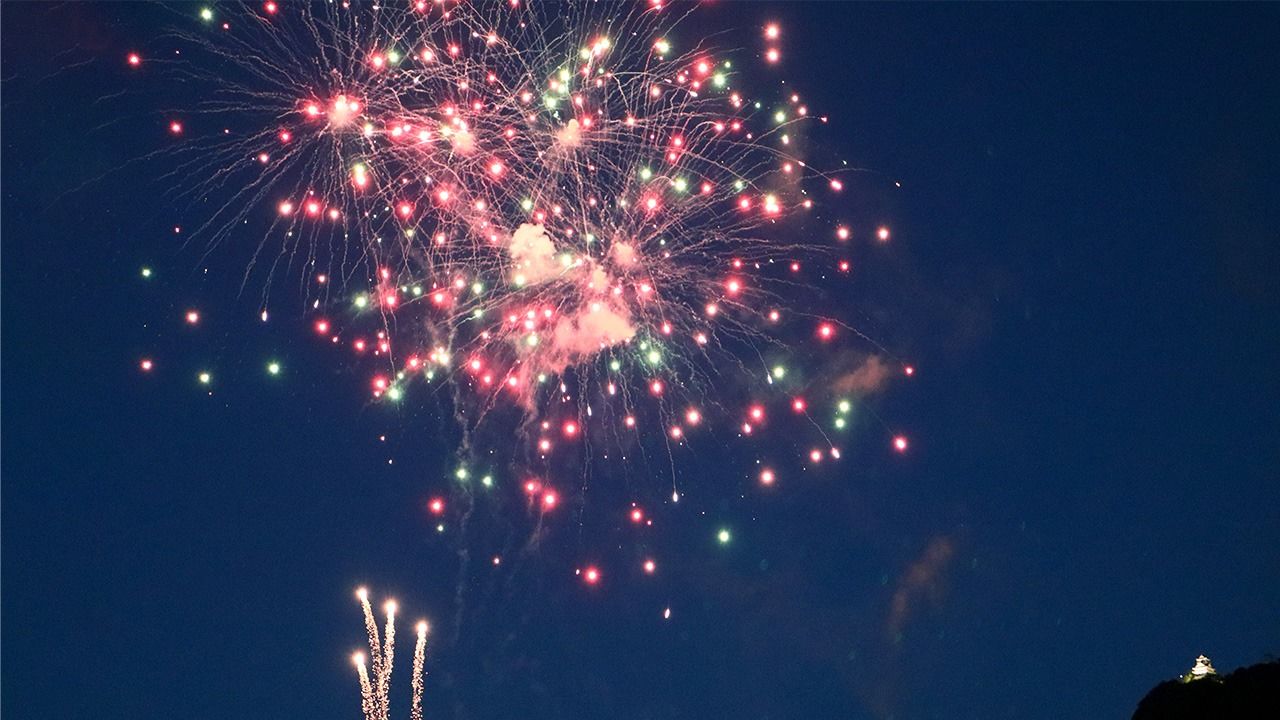 A Summer Without Festivals: Do the Dead Approve of the Cancelled Events?

History Sep 14, 2020
With the spread of COVID-19, festivals of all sizes have been canceled or downsized throughout Japan to maintain social distancing. Many of these festivals exist to pay respects to ancestral spirits, as well as to pray for protection from epidemics. What might we imagine the dead, believed to visit their homes during the Obon season, to be feeling about all of this? A renowned folklorist examines this “summer without festivals.”

The unprecedented COVID-19 pandemic has forced the cancellation of summer festivals in Japan due to the close social contact they inevitably entail. Consequently, events that provide an opportunity for prayer and reflection by people living throughout the Japanese archipelago will not go ahead.

According to a leisure industry journal survey, of 30 leading festivals in terms of attendance, 24 have been cancelled from May through September. Of the remaining six, three were postponed, two conducted just the religious component, and one was held online. None went ahead as normal.

The three major festivals of the northern Tōhoku region—the Aomori Nebuta, Akita Kantō, and Sendai Tanabata—were all called off. This is the first time that the giant, colorful nebuta lantern floats of Aomori’s festival have not plied the streets since the festival relaunched in its current form after World War II. It is also the first time that the Akita Kantō and Sendai Tanabata festivals have not been held since the war. Even in Iwate Prefecture, which until recently had zero cases of COVID-19, the Morioka Sansa Odori festival was axed.

Kyoto’s Gion Matsuri, one of Japan’s largest festivals, whose Yamahoko Gyōji float ceremony is recognized by UNESCO as Intangible Cultural Heritage, canceled its float and mikoshi (portable shrine) processions. Another traditional event held in Kyoto in the Obon season was also reduced in scale—the Gozan Okuribi bonfires lit atop mountains around the city to farewell the souls of the departed.

The most famous of the fires, the daimonji (in the shape of the character 大, meaning “big”), was reduced to bonfires at just six points, join-the-dots style. Another fire, in the shape of a torii shrine gate, usually created with torches in 108 locations, went ahead with just two fires, representing the top of the “gate.” The association that organizes the bonfires each year remarked that although the fires would be lit to pay respects for the spirits of the deceased, it hoped that the general public would refrain from gathering to watch the event, and would instead say their prayers at home.

This year also saw the cancellation of the Funatogyo river parade of 100 or so boats held as part of Osaka’s popular Tenjin Matsuri. Instead, just the religious rites were conducted, at Tenmangū Shrine, with only the Shintō priests attending. Fukuoka Prefecture’s Hakata Gion Yamakasa festival was officially postponed until next year.

The COVID-19 pandemic has also affected Japan’s popular summer fireworks events. According to the Japan Pyrotechnics Association, representing fireworks manufacturers, around 80% of the roughly 200 fireworks events held annually will not be held this year (as of June 21). Many were already canceled to avoid clashing with the Tokyo Olympic and Paralympic Games. But even Tokyo’s Sumida River fireworks, originally rescheduled for a later date, was finally called off.

Most traditional festivals in Japan serve the purposes of paying respects to ancestral spirits and praying for protection from epidemics.

The outbreak of epidemics in the Heian period (794–1185) was blamed on the spirits of people falsely accused of wrongdoing. To overcome such calamities, the people conducted Buddhist rites to appease the spirits, along with rituals including dances, mounted archery, sumō wrestling, and horse races.

These spiritual customs spread from the Kyoto region throughout the country. In the spring of 863, the imperial court held the first Goryōe ritual in Kyoto’s Shinsen’en garden to pacify the spirits in response to an epidemic, most likely influenza. An altar was erected in the garden to honor the six Goryō gods, including Prince Sawara (750–785) and Prince Iyo (d. 807). Buddhist sutras were recited and performances were staged of gagaku court music and dances by noble children.

Mount Fuji erupted the next year, shortly followed by other calamities, such as the Jōgan earthquake in northern Japan in 869. That year, 66 hoko floats were crafted, corresponding to the number of domains in the country, and a parade was held carrying portable shrines (mikoshi) from Gionsha shrine (present-day Yasaka Shrine) to Shinsen’en to pray for deliverance from affliction. This procession was the origin of today’s Gion festival.

Similarly, Osaka’s Tenjin Matsuri also originates from a religious rite conducted in 951 when floats were released on the river Ōkawa in front of Tenmangū Shrine and a ceremonial site was established where they landed, with prayers held to dispel illness. The Hakata Gion Yamakasa festival is said to have started in 1241, when Hakata was struck by an epidemic, and Buddhist monk Enni Ben’en (posthumously Shōichi Kokushi), founder of the temple Jōtenji, went throughout the city to purify it with holy water, praying to eliminate the scourge.

Many of Japan’s festivals have similar origins related to disease or disaster, with memorial rites for the casualties. How should we respond when such festivals are forced to be canceled because of the spread of infectious disease?

The Ryōgoku fireworks, predecessor to the Sumida River event, has been connected with a cholera epidemic in 1732, when fireworks were launched to console the spirits of the dead and to eliminate the disease. Although this explanation is now considered to be a modern fabrication, certain pyrotechnical events were begun for the repose of the souls of those lost through war or disease. The fireworks festival in Nagaoka, Niigata Prefecture, dates back to the Meiji era (1868–1912). Now it also incorporates elements to console the spirits of victims of the World War II firebombing of the city, on August 1, 1945, and to wish for a full recovery from the devastating earthquake that struck the region on October 23, 2004. It is usually held in the first week of August, but had to be canceled this year.

Obon, the season when ancestral spirits are thought to briefly return home, is the reason for Japan’s many summer festivals. But this year, Bon Odori public dances, a core aspect of Obon festivities, have been impacted by the spread of COVID-19.

Niino no Bon Odori, a dance held in Anan, Nagano Prefecture, was also canceled. The event was recognized by Yanagita Kunio, founder of Japanese folklore studies, for retaining its original religious significance, and has been designated as a national important intangible folk-culture asset.

Usually, local residents gather from August 14 to 16, dancing through the nights around a purpose-built wooden stage. At dawn on the final day, lanterns are lit and carried in a procession to a nearby shrine, where the spirits of the departed are sent on their return journey. This is apparently the first time for this event, which dates back almost 500 years and presents the form of truly ancient Japanese ceremonies to pray for ancestral spirits, has been canceled.

The organizers claim the event was even held during the war, albeit on a reduced scale. They wanted to find a way to hold the dance, but finally conceded that canceling it was for the best. Despite the seriousness of the COVID-19 pandemic, some had hoped that at least the final ceremony to bid farewell to the spirits could proceed, but this too was reluctantly abandoned at a stewards’ meeting in late June. It was a tough decision. The committee chairman expressed their deep remorse at the outcome. But at the same time, the experience allowed people to fully appreciate the joy that the annual dance brings.

The Niino dance, performed without the common flute and drum musical accompaniment, offers a deep sense of the presence of the souls of the departed at a Japanese festival. The absence of the ceremonies shows the magnitude of this year’s extraordinary circumstances.

Have the Spirits Sanctioned These Decisions?

The string of cancellations has raised awareness of the crucial role that Japanese festivals play in summer. It also reminds us that summer is the season when we encounter the dead. We recall that these long-held traditions were passed down to us by our ancestors.

Sumiyoshi Shrine, in the Tsukuda district of Chūō, Tokyo, holds its major festival every three years, with the next scheduled for 2021. The event features parades of shishigashira (lion head effigies) and a hakkaku mikoshi (portable shrine), which is carried to visit parishioners, by boat. Parishioners undergo ritual purification to carry the shrine to its temporary abode, led by three pairs of shishi “lions,” which carry portraits of the deceased from the previous three years. This again shows the important role that the dead play in festivals.

At Bon Odori festivals on islands in the Seto Inland Sea, dancers carry special boxes containing memorial tablets and photos of the recently deceased, to mark the first Obon after their death. Some may wonder whether the wishes of the departed were taken into account when such events were canceled across Japan. Perhaps the dead will dance alone this summer.

While it may not placate the departed souls, we should take the opportunity of this extraordinary summer to reflect upon the relationship between Japanese people and festivals.

(Originally published in Japanese. Banner photo: A fireworks display held in the city of Gifu to pray for the resolution of the COVID-19 pandemic. It was held without notice to avoid crowds gathering. © Jiji.)