Culture Sep 5, 2016
The clothing worn by priests and priestesses at Shintō shrines is unlike anything you will see elsewhere in Japan. Here we describe the styles of traditional vestments that are part of the Shintō experience.

Shintō vestments fall into three classes: seisō (formal), reisō (ritual), and jōsō (ordinary). Formal seisō vestments are in the style known as ikan, consisting of a colored and sometimes patterned belted robe called a hō over hakama (loose trousers) and worn with a headdress known as a kanmuri (see illustration). These are modeled on the robes of office worn by the ancient nobility.

The color and pattern of the robe is keyed to rank. Ritual reisō vestments are in a style termed saifuku, which differs from the ikan in that the cloth is pure white with no pattern. These vestments are for use exclusively by priests in the performance of Shintō rites. At times they are also used in place of seisō vestments for the most formal rites.

Jōsō (ordinary vestments) are called either jōe, meaning “purified robes,” or kariginu. The kariginu (as the Japanese term suggests) is based on the garments ancient nobles donned when hunting, and it is designed to facilitate movement. As this is the everyday garb of a Shintō priest, it is the style of vestment most often seen by shrine visitors. Priests wearing this costume don a tall hat called an eboshi instead of the kanmuri. The color of the hakama signals rank: gūji and gon-gūji (the highest-ranking priests) wear purple, while negi, gon-negi, and other lesser priests wear light blue.

When attired in Shintō vestments, male priests always bear a baton called a shaku in their right hand and wear low wooden clogs known as asagutsu.

Miko, or “shrine maidens,” typically wear red hakama trousers. Miko are not ordained priestesses but young unmarried women trained to assist with a variety of tasks. 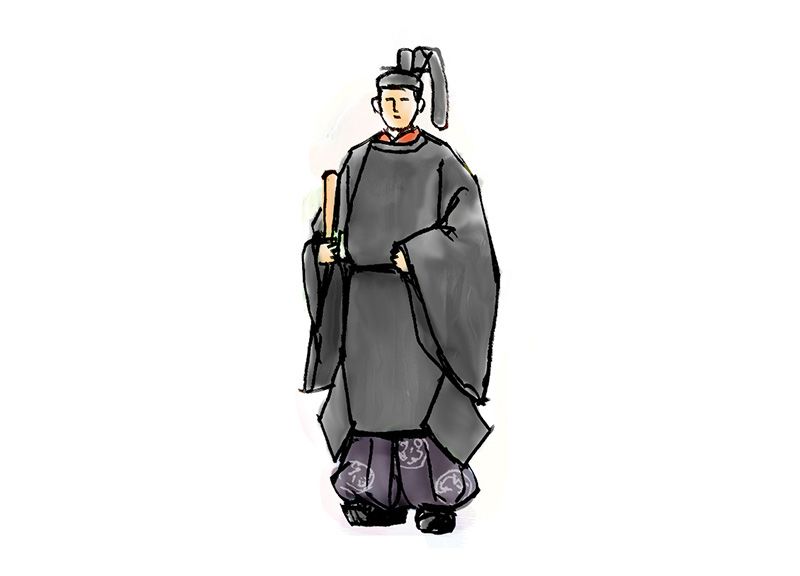 Formal vestments for priests of highest rank (ikan) with kanmuri 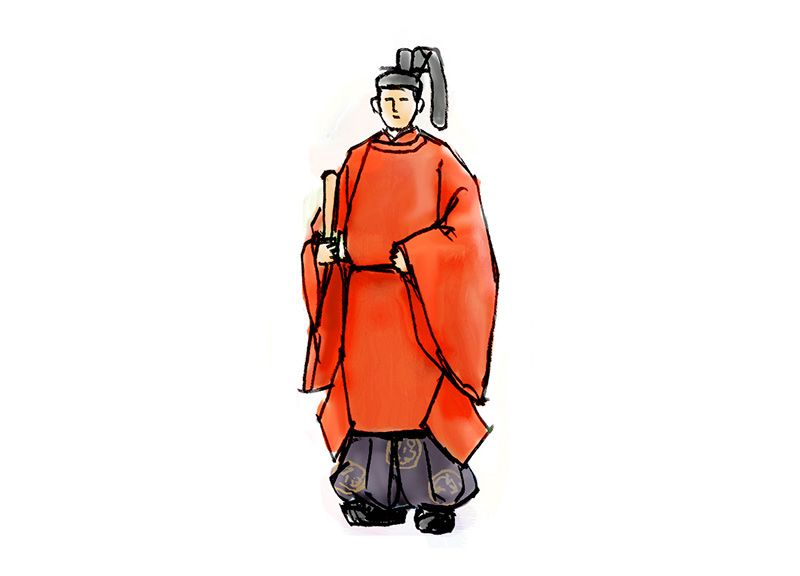 Formal vestments for priests of second rank (ikan) with kanmuri 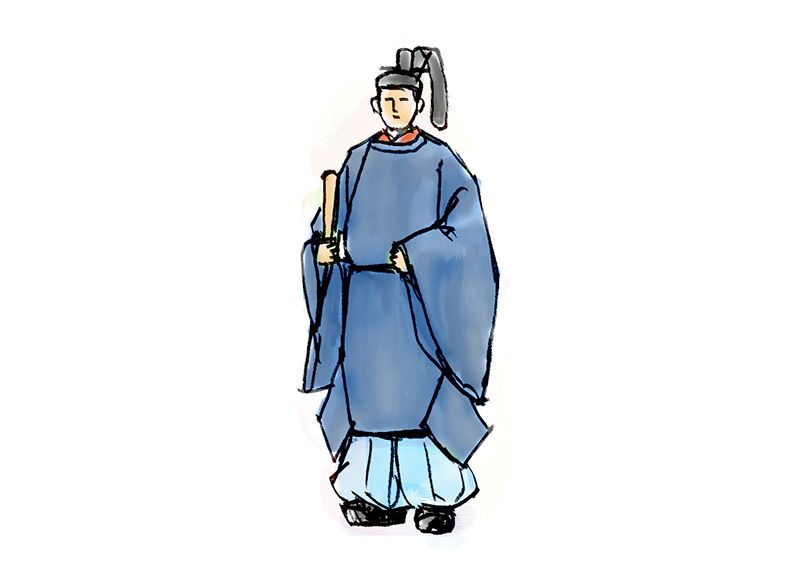 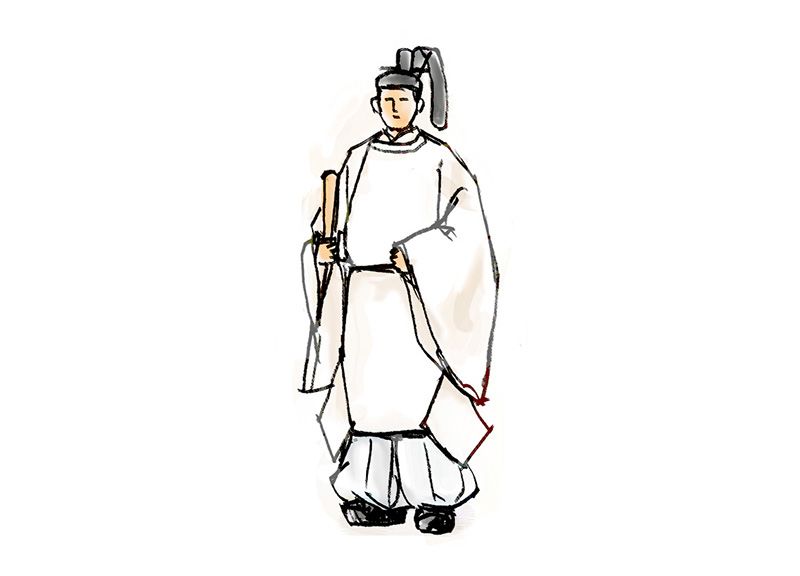 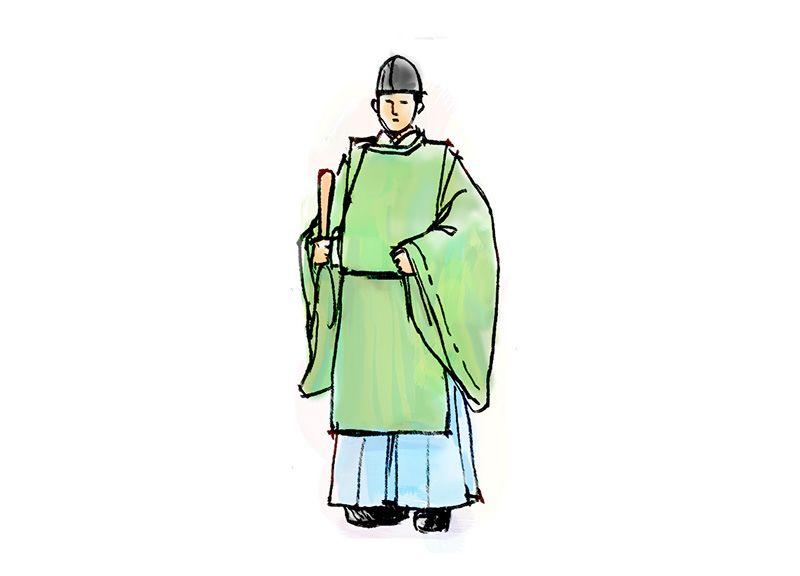 Kariginu for ordinary wear with kanmuri 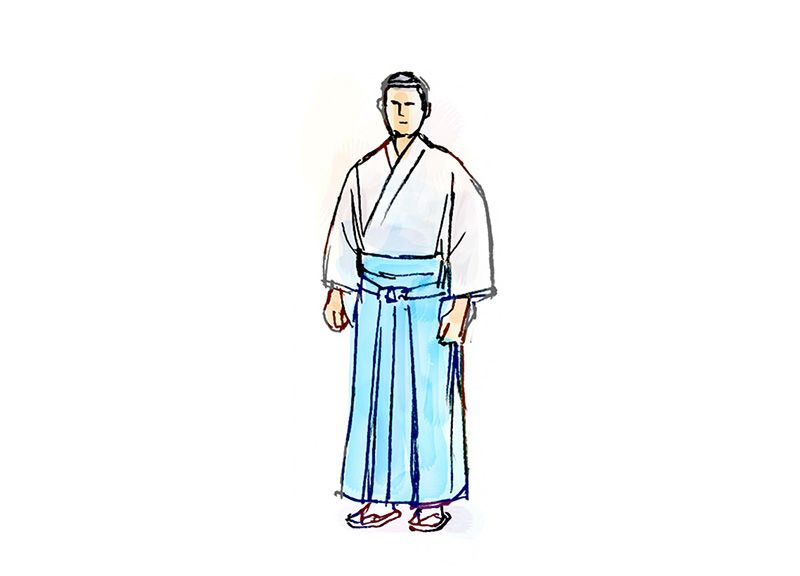 Everyday garb of a Shintō priest with eboshi 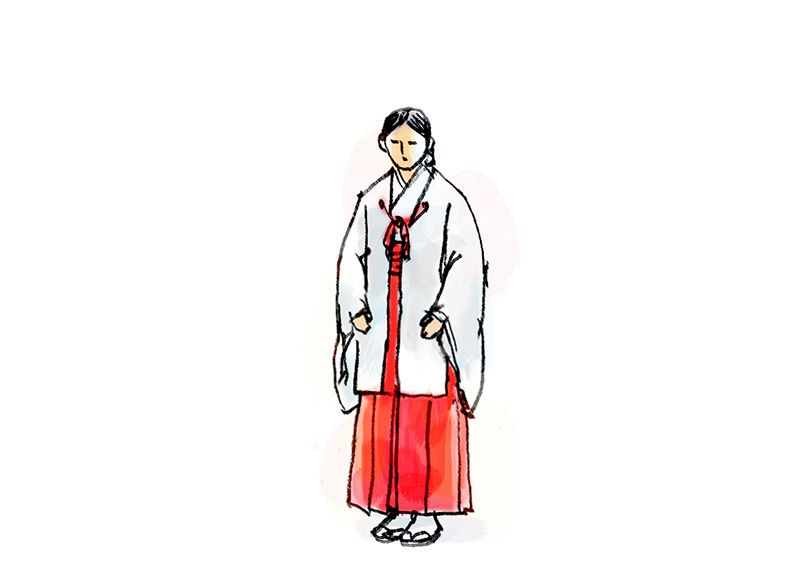 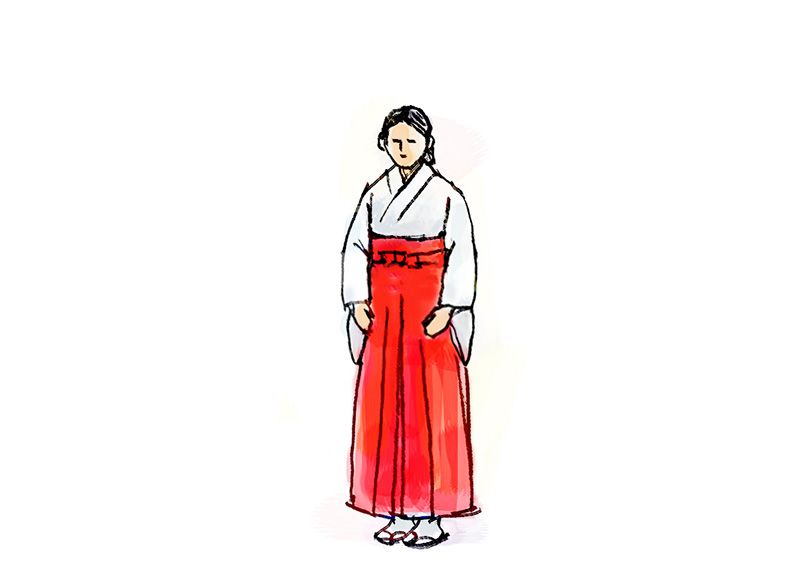 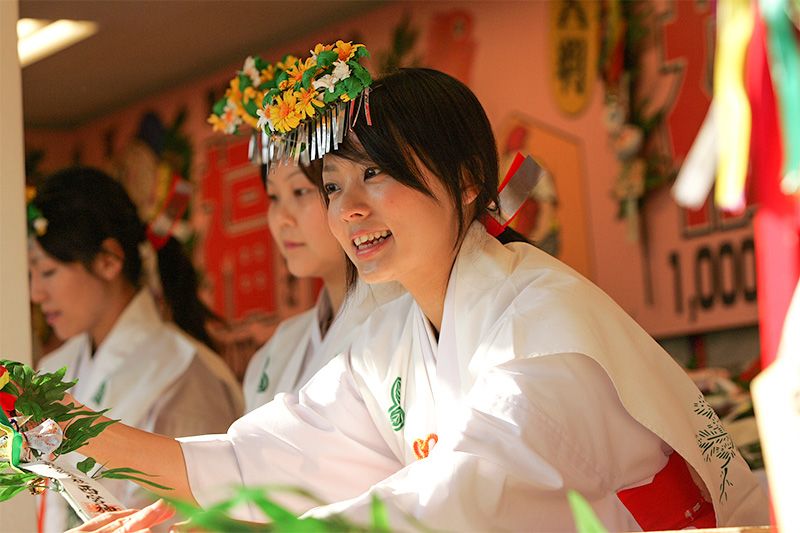 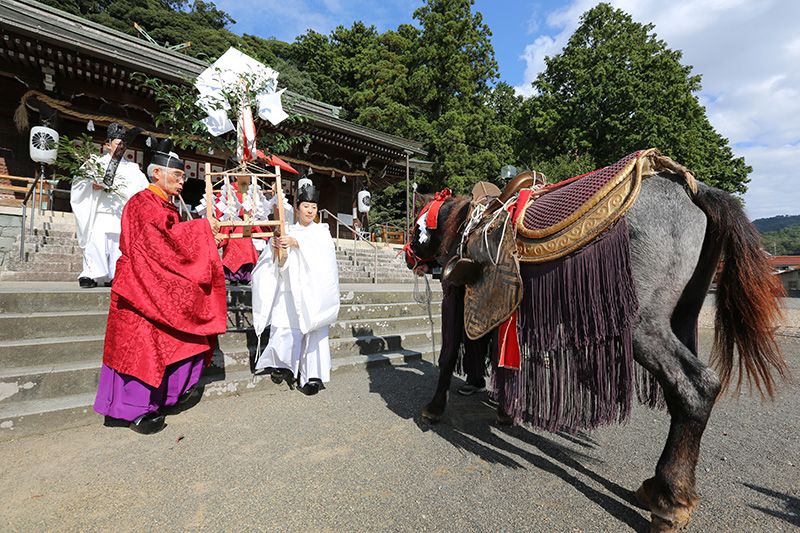