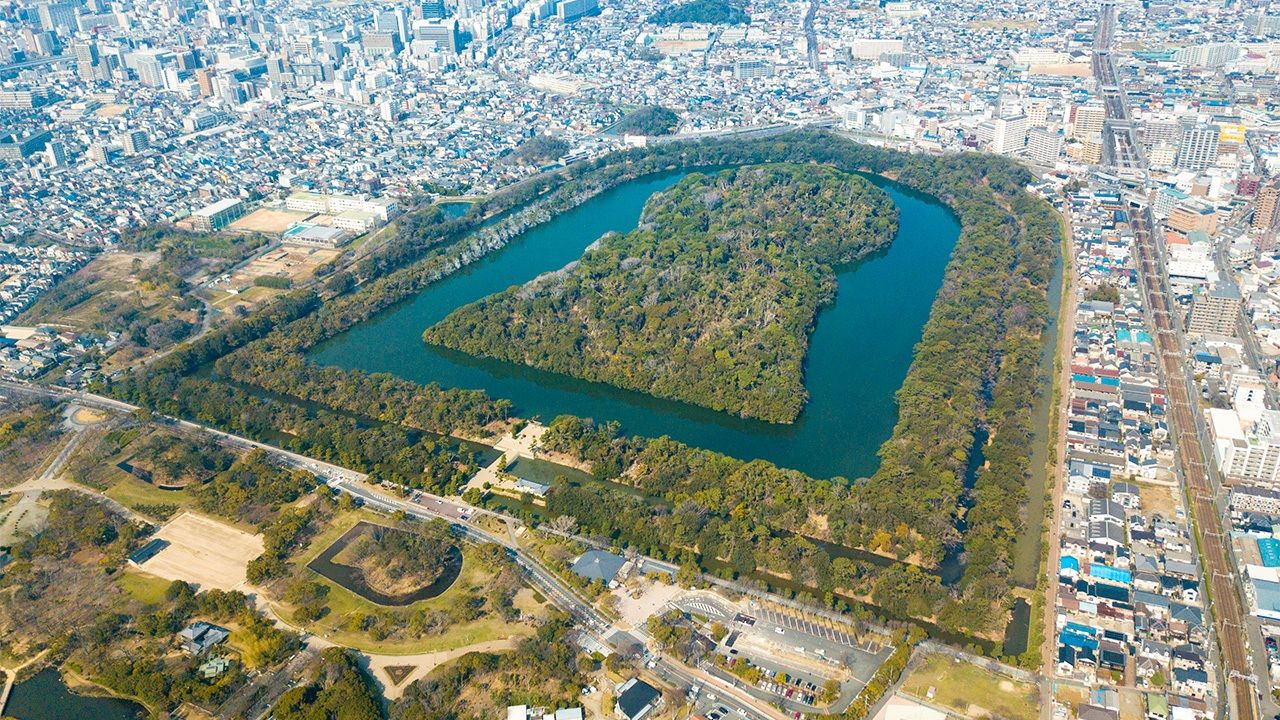 Society Culture Guide to Japan Travel Jul 6, 2019
Ancient tombs in Osaka Prefecture have been registered by UNESCO as a World Heritage site. This is the twenty-third Japanese entry on the prestigious list.

On July 6, 2019, the World Heritage Committee of UNESCO announced the official registration of the Mozu-Furuichi Kofun Group: Mounded Tombs of Ancient Japan on its World Heritage list. It is the first World Heritage site in Osaka Prefecture.

In December 1993, Japan’s first World Cultural Heritage sites were registered: the Buddhist Monuments in the Hōryūji Temple area (Nara Prefecture) and Himeji-jō Castle (Hyōgo). The eighteenth such site was registered in 2018, with the recognition of the Hidden Christian Sites in the Nagasaki Region. The country’s first two World Natural Heritage sites were also recognized in December 1993: Yakushima (Kagoshima) and Shirakami-Sanchi (Aomori and Akita). These were followed by Shiretoko (Hokkaidō) and the Ogasawara Islands (Tokyo), bringing the total number of sites to four.

As of June 2019, there are 1,092 World Heritage sites in the globe (845 World Cultural sites, 209 World Natural sites, and 38 mixed properties); a total of 193 countries have signed the “World Heritage Convention.” 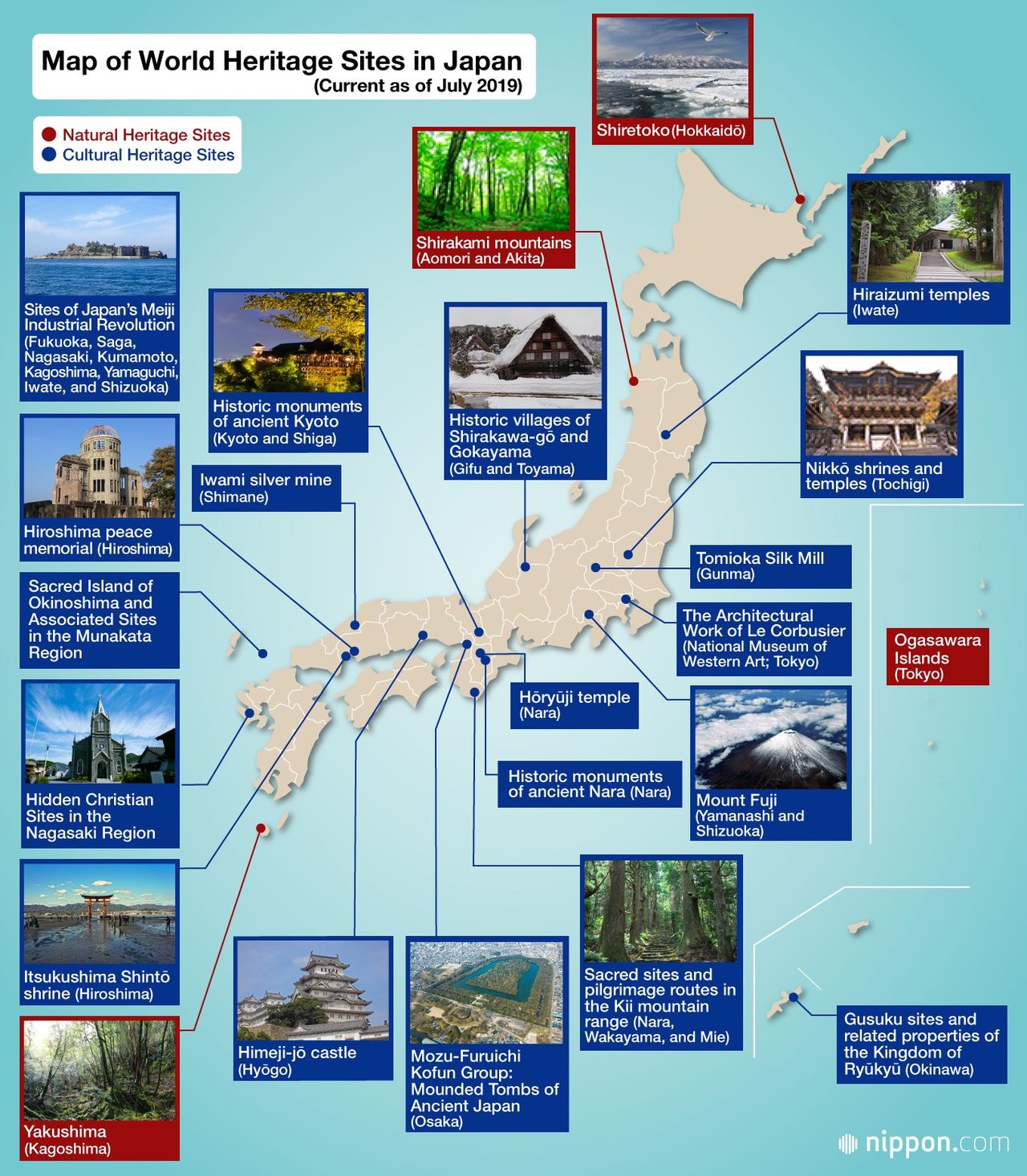 (Originally published in Japanese. Banner photo: A bird’s eye view of the Daisen Kofun burial mound, where Emperor Nintoku is said to be buried. Photograph by Kuroiwa Masakazu and Fujii Kazuyuki, 96Box.)