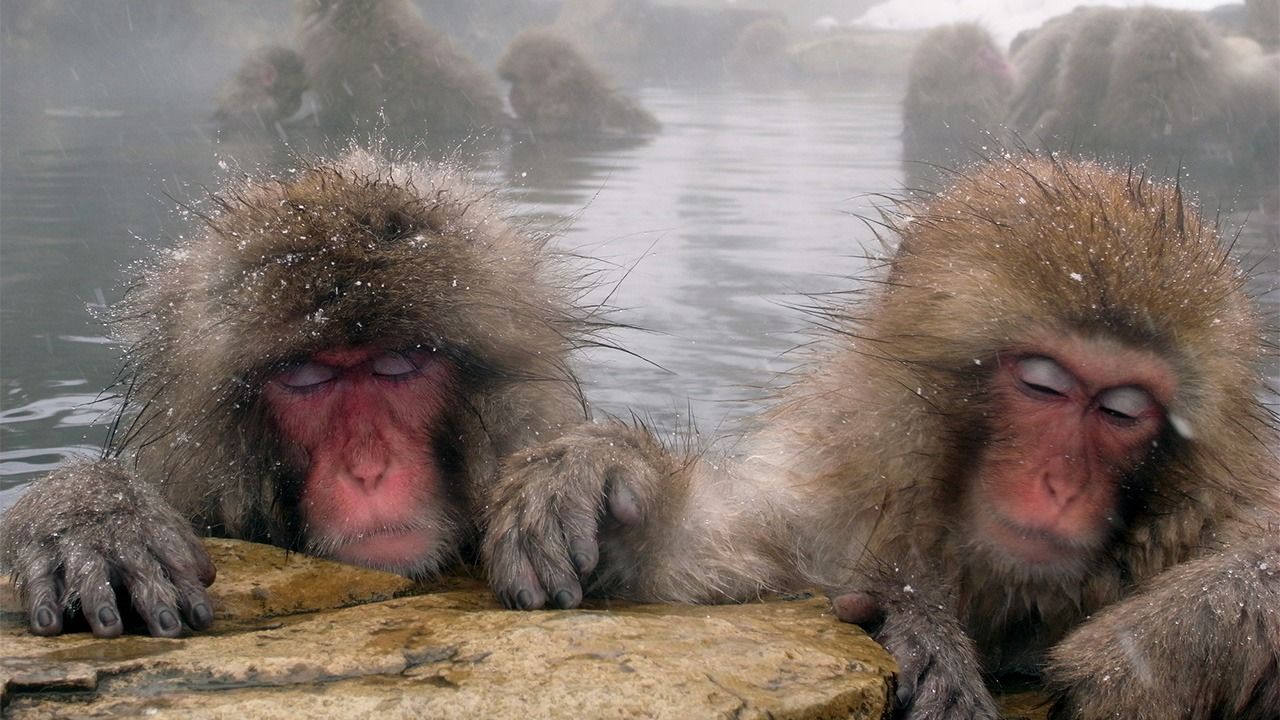 Culture Lifestyle Dec 6, 2019
Winter in Japan is packed with festivals and customs related to the turning of the year.

Winter in Japan can be a very different experience depending on which side of the country one is in. Winds from the mainland of Asia pick up moisture as they cross the Japan Sea, which turns much of the west coast and nearby areas into “snow country” in winter. The Pacific side of the country is protected from this precipitation by the central mountain ranges, however, and enjoys more days of fine, cold weather.

The end of the year is traditionally a busy period. Shiwasu, the name of the twelfth month of the former lunar calendar, means a time when “priests run around” as they make preparations for the coming of the New Year. With the cold setting in, electronic stores put kotatsu heated tables and humidifiers on display. Meanwhile, at drugstores kairo pocket warmers are popular items—open the packet and rub it to heat it up. Some can be put in shoes to keep feet toasty.

People sit around a kotatsu (left); keeping the cold away with a kairo.

Nengajō New Year cards featuring the corresponding eto, or zodiacal animal, go on sale in November. As long as they are posted by December 25, the post office guarantees to deliver them on January 1. Some, however, choose the less time-consuming option of sending greetings by email or on social media.

In December, people get together with friends or colleagues for bōnenkai, which are literally “parties for forgetting the year,” or at least its troubles. Illuminated displays fill the streets at night, and great crowds gather at the most famous examples like Kobe's Luminarie or Marunouchi, Harajuku, and Omotesandō in Tokyo. 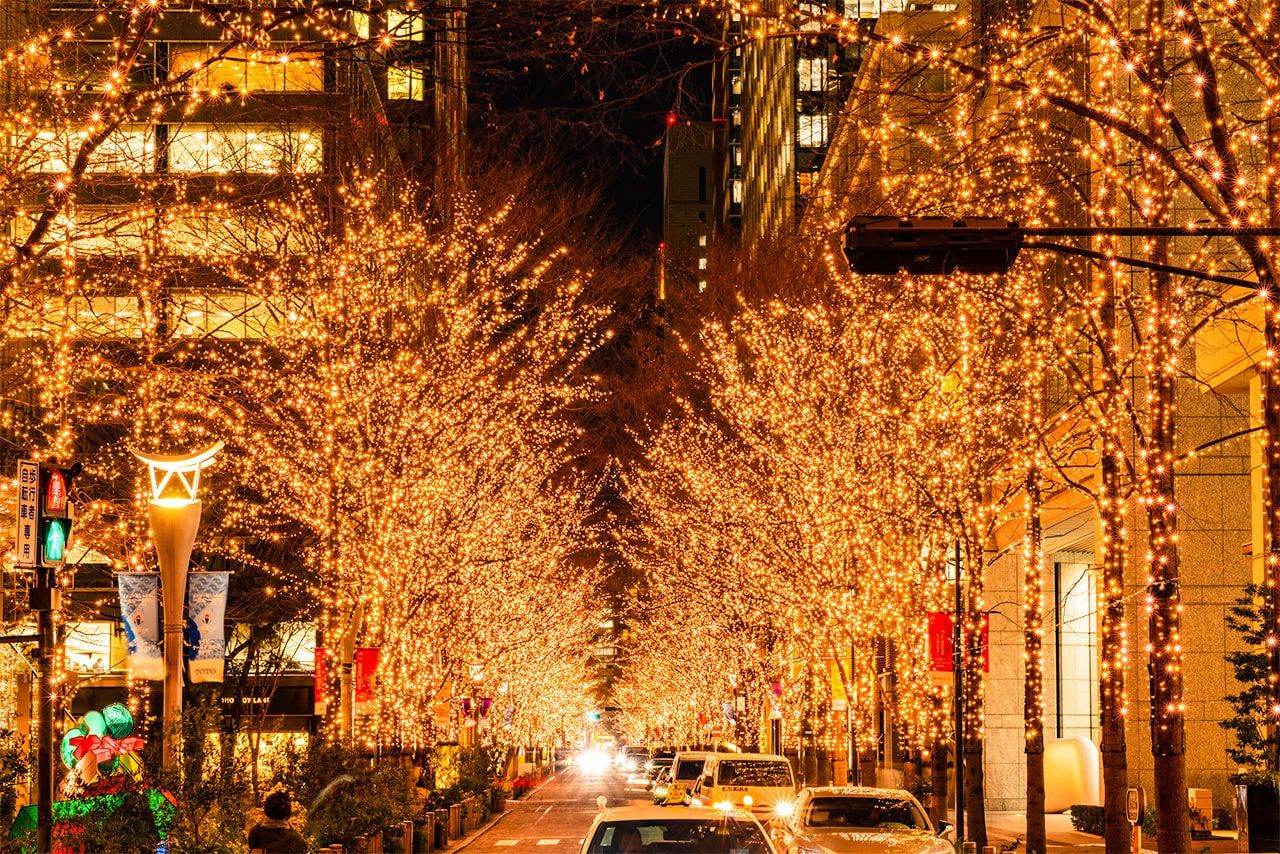 Marunouchi in central Tokyo lit up for winter.

Christmas is not a national holiday in Japan and not treated as a religious festival by most, but many enjoy it as a fun event. Christmas Eve has become a major date night for couples, while fried chicken is a popular dish. Light sponge cakes with strawberries and cream have also become a Japanese festive tradition, thanks in part to publicity by cake sellers. 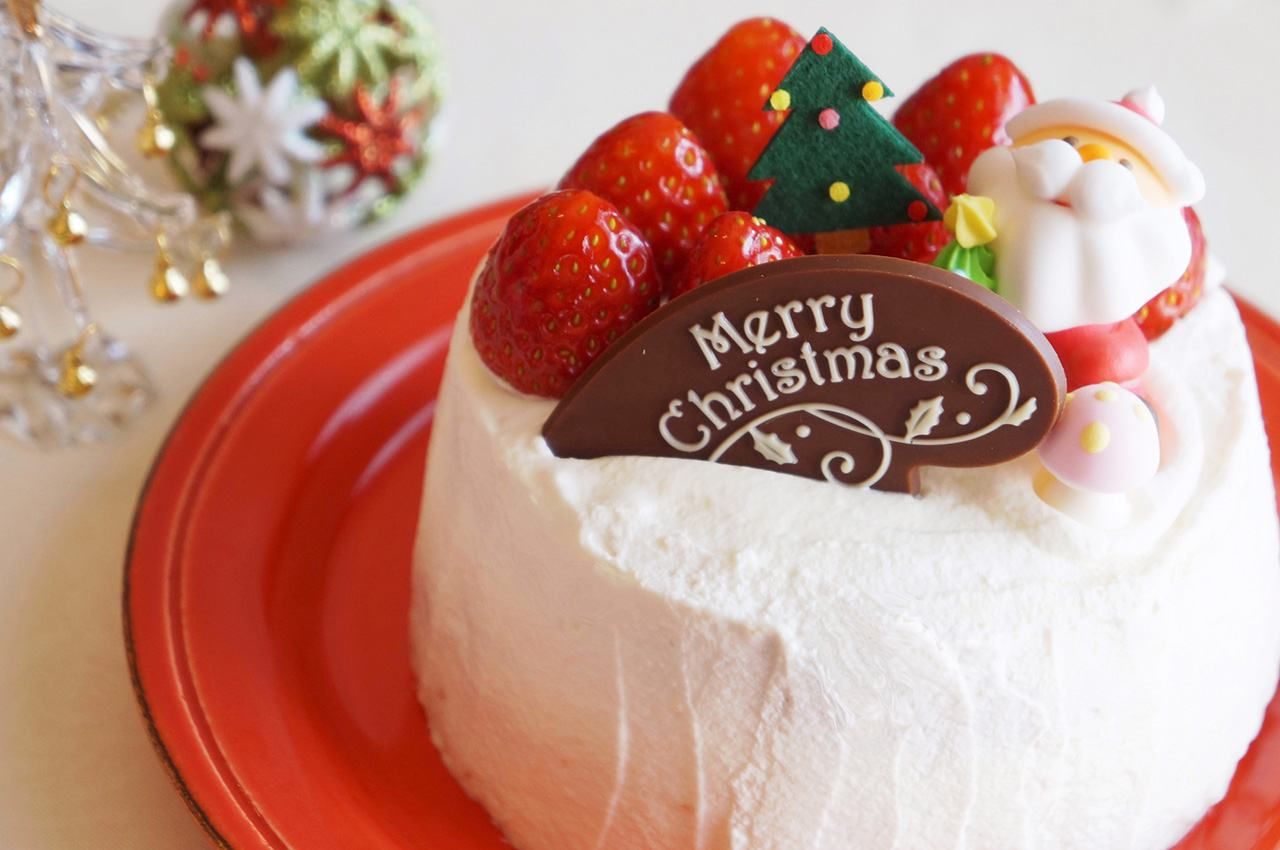 Some like to take a hot bath steeped with the aromatic yuzu citrus fruit in winter, the prime time for which is said to be the solstice on December 21 or 22. Another December custom is getting ready for early January, when the toshigami or New Year gods are said to visit. Seasonal decorations include kadomatsu (gateway pines), shimekazari (decorative rope), and kagami mochi (rounded rice cakes). There is also food to buy or make, such as osechi ryōri, sake, mochi, and zōni soup. Osechi ryōri refers to a range of dishes with auspicious associations prepared in advance so there is no need to cook in the first few days of the year. In addition to traditional Japanese varieties, there is growing demand for Italian, French, and Chinese versions. Many make their orders at specialist outlets, as well as restaurants and department stores. The most famous of these are sold out almost immediately. 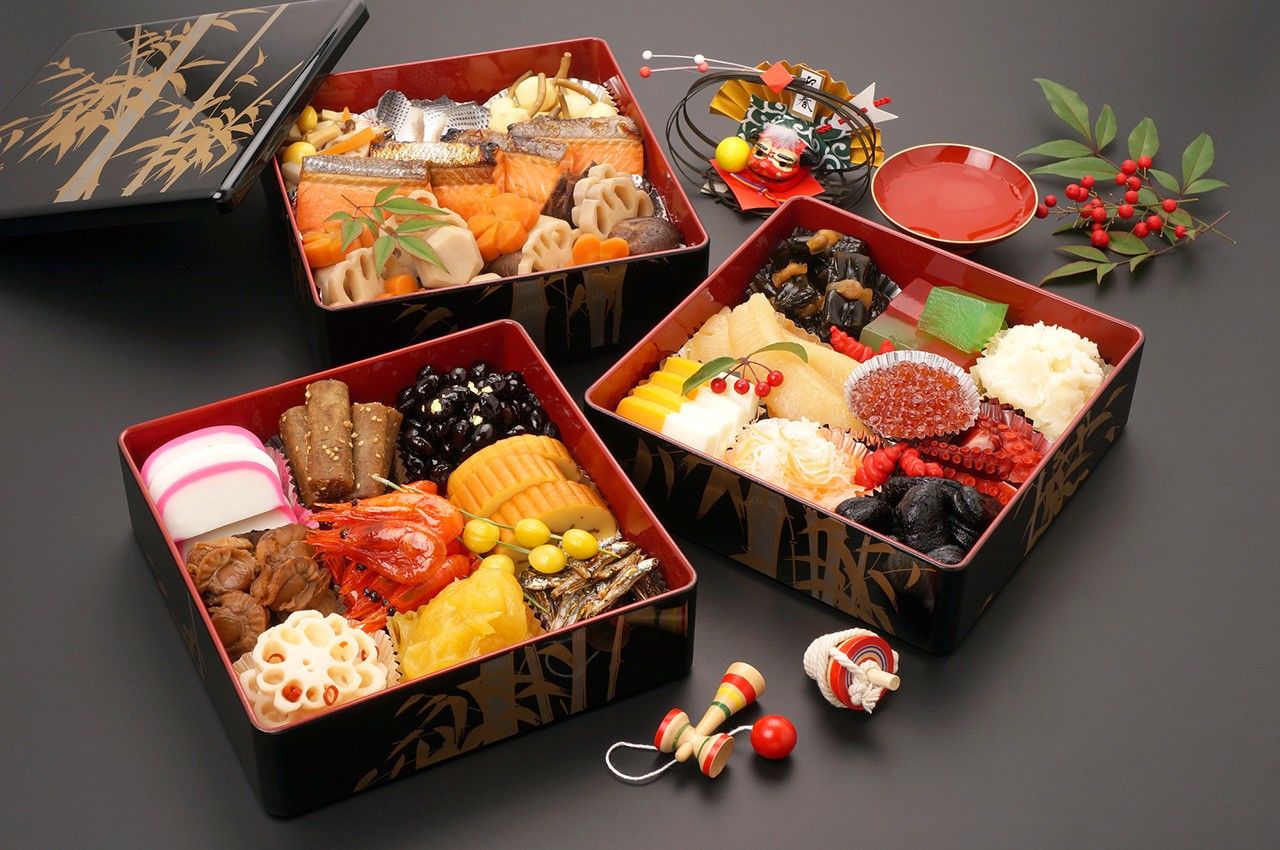 Many kinds of osechi ryōri for New Year consumption.

Among the plants considered propitious at New Year are the pine, bamboo, and ume (plum). Other winter flowers include the narcissus and camellia. 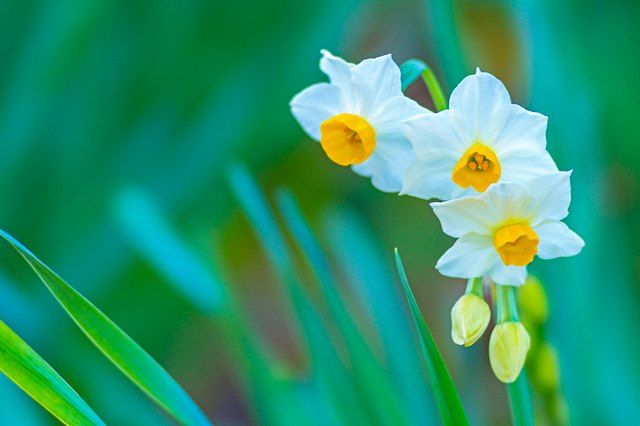 One TV tradition for New Year’s Eve dating back to 1951 is watching the Kōhaku uta gassen song contest on NHK. People also eat toshikoshi, or “year-crossing,” soba, which is associated with longevity. As midnight approaches, bells ring at temples across the nation. In a Buddhist ritual called joya no kane, the bells sound 108 times to represent the cleansing of 108 worldly passions. 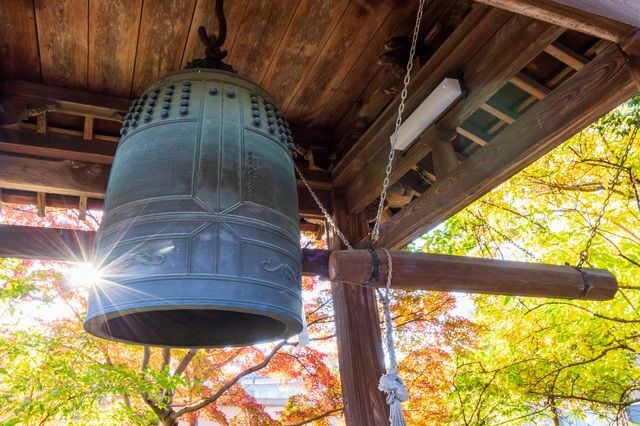 The Turn of the Year

Some make special efforts to see the first sunrise of the year from a mountaintop or over the horizon of the sea or a lake. In Shibuya, Tokyo, a countdown draws crowds of young Japanese and tourists. People wish each other a happy New Year with the phrase Akemashite omedetō. Public transport runs through the night and long lines form for hatsumōde or the first visit of the year to a temple or shrine. Visitors to these places of worship also pick out omikuji (paper fortunes), write prayers on ema (votive tablets), and buy omamori (protective charms). At New Year, children look forward to receiving otoshidama or small money gifts, and department stores sell fukubukuro, or “fortune bags,” with surprise items at bargain prices. 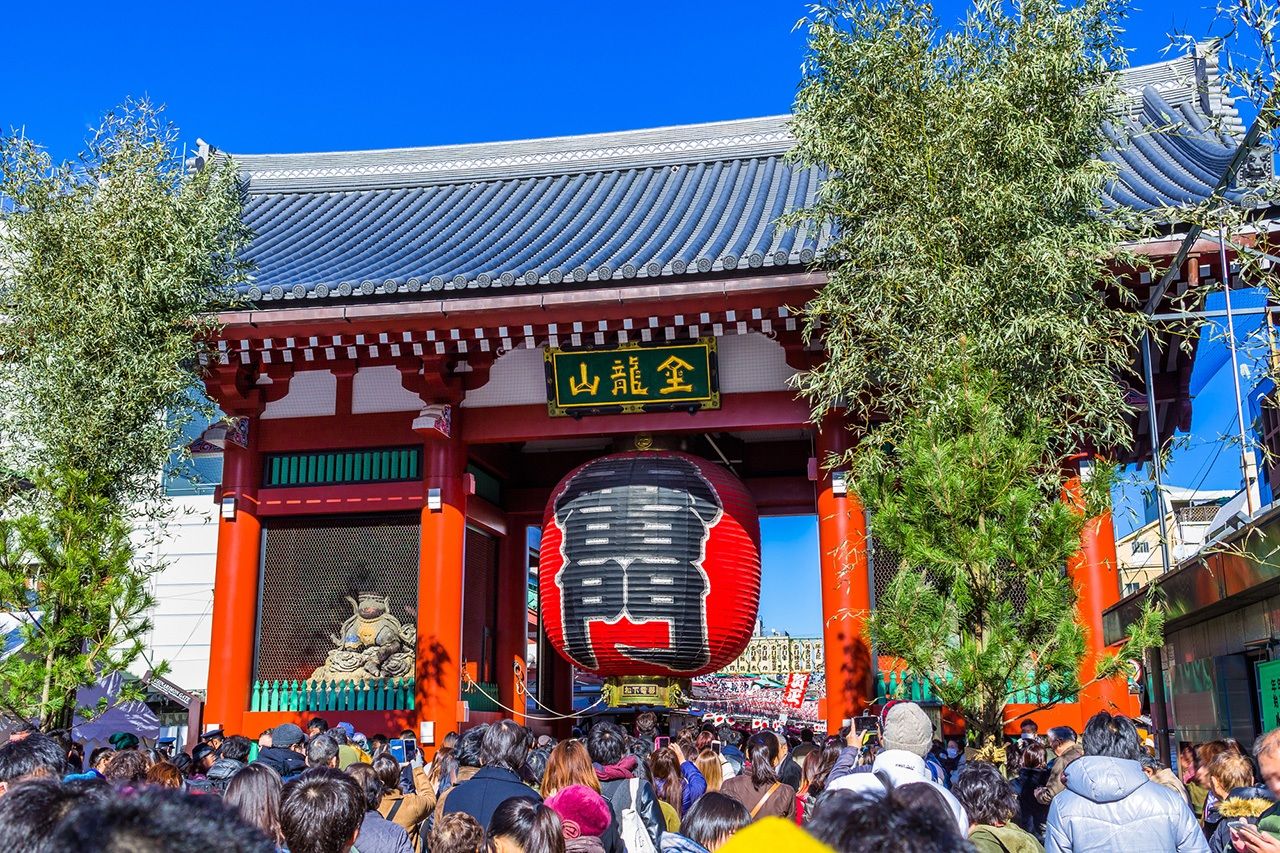 The gate in front of the temple Sensōji in Asakusa, Tokyo, at New Year.

In most areas, the New Year shōgatsu season runs until January 7 when tired tummies get a break from feasting with nourishing and medicinal nanakusa-gayu (seven-herb rice porridge). Warmed sake is also a good way of keeping away the cold at this time of year.

The second Monday of the year is a time for celebrating new adults on Coming of Age Day. Those who turned 20 during the previous year dress up and attend special ceremonies to mark the occasion. 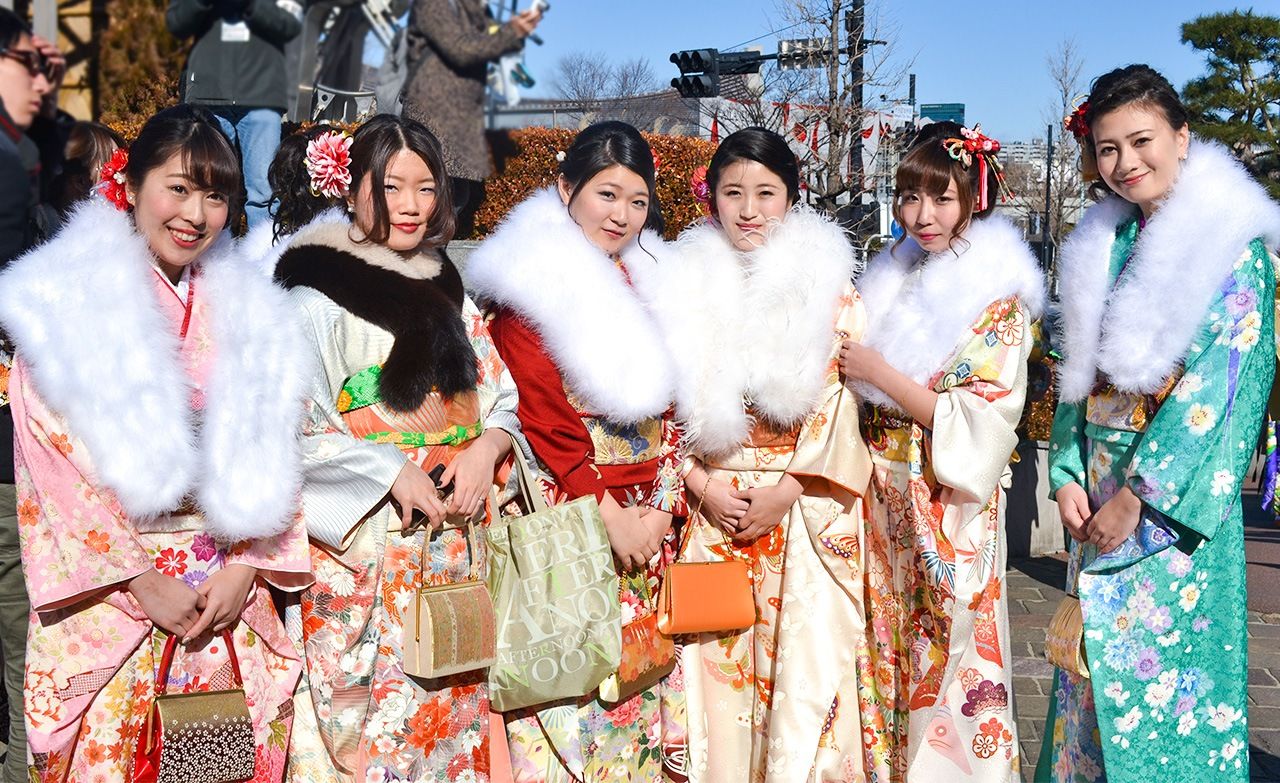 There is nothing like enjoying the steaming waters of an onsen in winter, especially in an outdoor rotenburo. For those seeking particular peace and quiet, the Japan Association of Secluded Hot Spring Inns was formed in 1975 with 33 registered members, which has since expanded to out-of-the-way hot springs resorts. And humans are not the only hot spring fans. Macaques famously take regular dips in Jigokudani, Nagano Prefecture, while capybaras are also known to partake of a hot bath at some zoos.

Capybara enjoy a hot spring dip to take their minds off of the cold.

Skiing, snowboarding, and other winter sports are popular in areas like the Japan Alps and Hokkaidō, especially when there are hot springs nearby. Further big winter attractions in Japan’s northern island include the Sapporo Snow Festival and the red-crowned cranes of the Kushiro Wetland. 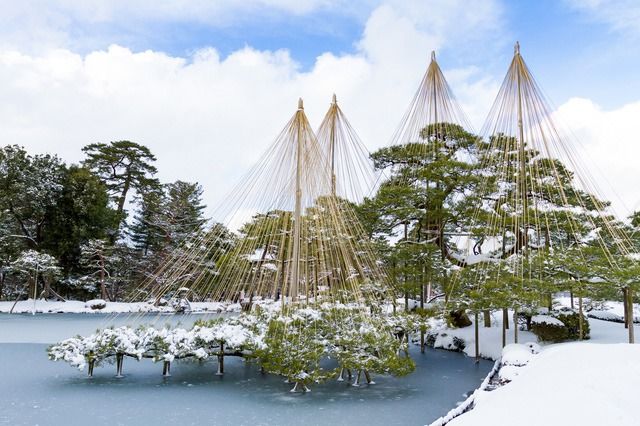 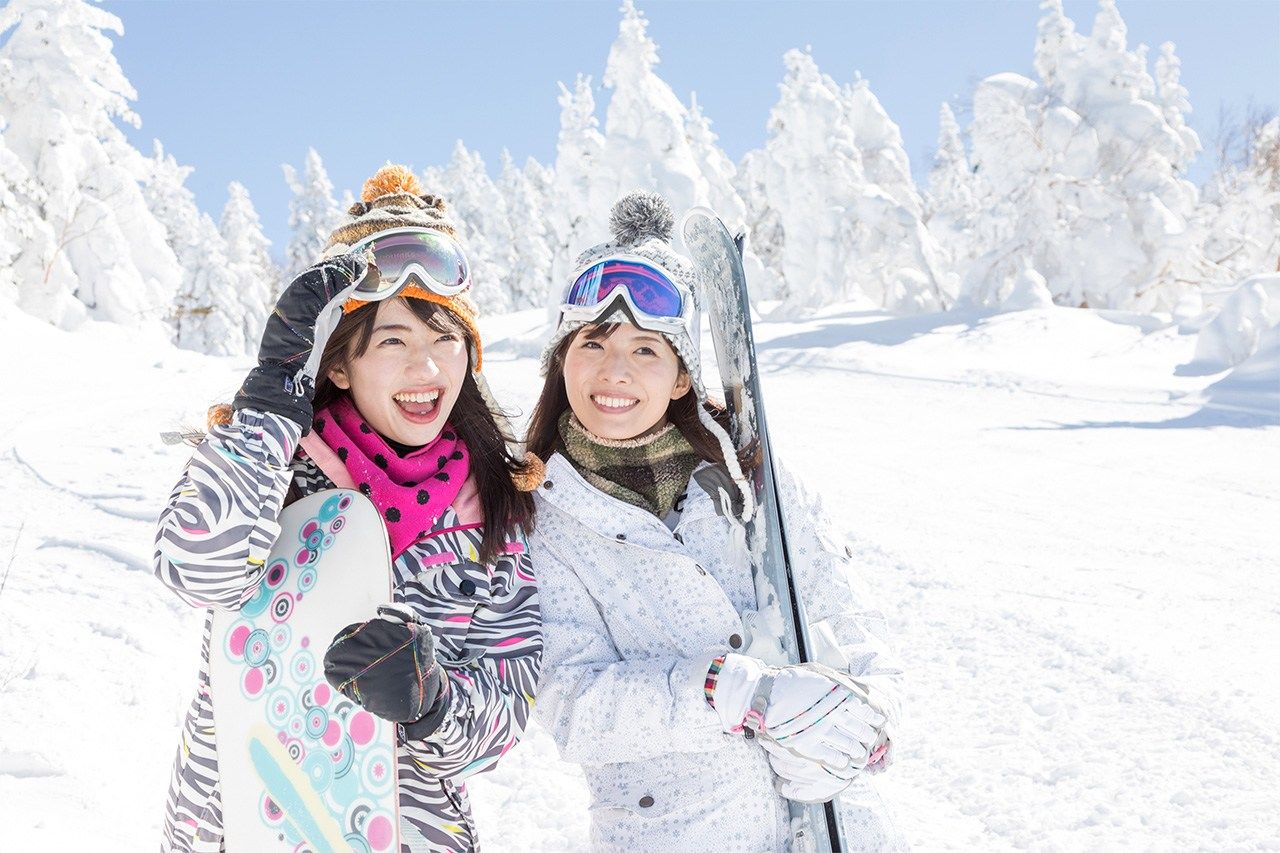 There are many good locations to hit the slopes in Japan. 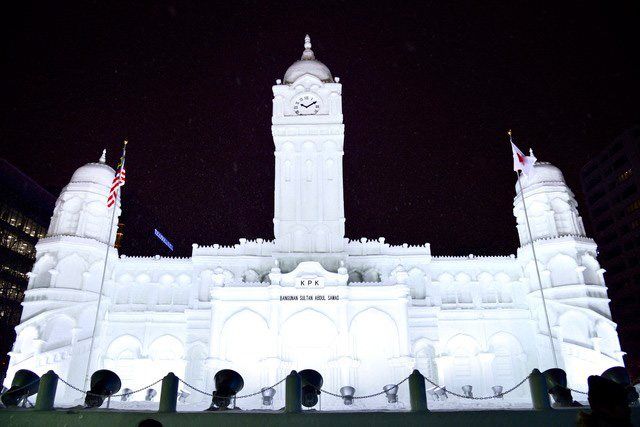 The Sapporo Snow Festival is known for its detailed ice sculptures.

Winter is a good season for eating many kinds of fish and seafood, such as buri (yellowtail), crab, oysters, and fugu (blowfish), which should be correctly prepared to remove toxins. Vegetables like napa cabbage, negi onions, and daikon go well together in a warming and easy to prepare nabe, or hot pot. This is also the best time of year for a selection of oden, a hot pot variety that can be found in some restaurants and convenience stores.

In the traditional calendar, February 3 marks one of the turning points of the year, and today Japan celebrates the Setsubun festival. Typically, one member of the family puts on an ogre mask and the others throw beans, chanting oni wa soto, fuku wa uchi, or “ogres out, good luck in.” Eating a special kind of rolled sushi called an ehōmaki is also considered auspicious.

In the Japanese version of Valentine’s Day on February 14, the tradition has developed of women giving men chocolates, to be reciprocated exactly a month later on White Day. The custom is a big boost for confectionary makers, even if it has become increasingly common in recent years for people to buy themselves chocolate rather than giving it away. 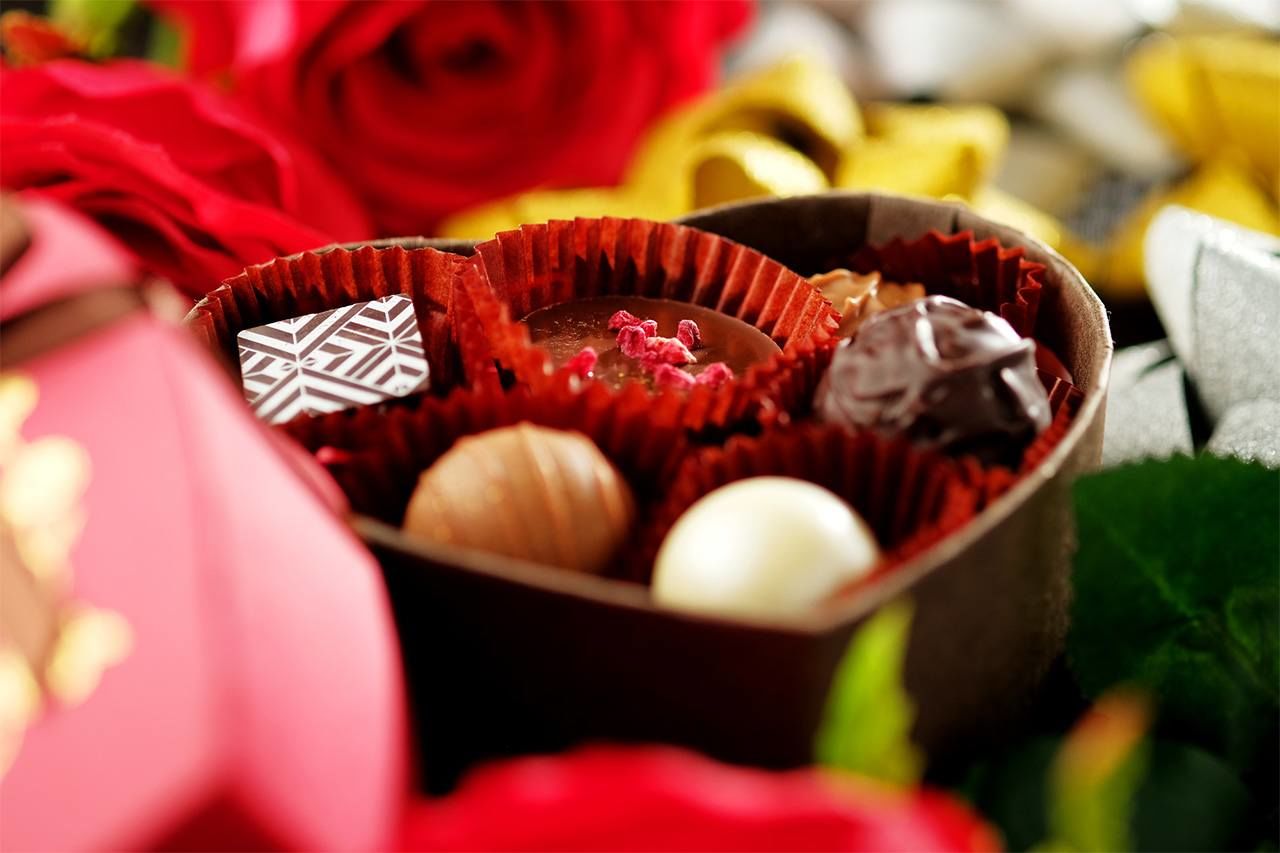 Valentine’s Day is all about chocolates in Japan.